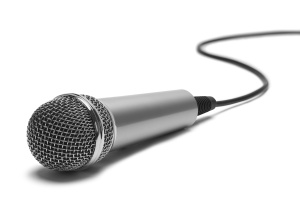 When most people release a book with a traditional publisher, they will make a series of appearances at local bookstores as part of their marketing strategy–commonly known as a book tour. Since my book was being published exclusively through Amazon, it only made sense to do a virtual book tour. Instead of reaching potential readers in persona few hundred people at a time by being the guest of a local bookstore, I would attempt to reach a few thousand potential readers at a time by being a guest on a variety of business and entrepreneurship podcasts. Since the type of readers I was targeting listened to shows like Entrepreneur On Fire, Internet Business Mastery and TropicalMBA, it was a no-brainer to try to get in front of their audiences as part of the marketing strategy for my book launch.

The first step of the process was to identify the shows that I wanted to pitch myself to be a guest on. I started with the list of business podcasts that I listen to on a weekly basis, then added a number of shows that I know some of my contemporaries have been interviewed on. I also looked on iTunes’ business sections to see which podcasts were most downloaded. My book coach also suggested a few shows to target.

I ended up with about 40 podcasts that I could potentially target. In order to pare this number down, I went through and removed the shows that don’t normally have guests on them and listened to the others to see if the content of my book would be a good fit for their audiences. I was hoping to get onto 10 to 15 podcasts, so I cut the total number of people I planned on pitching down to 25 knowing that they wouldn’t all say yes.

Whenever you’re making a pitch on anything, the worst thing you can do is make it all about you. Nobody wants to hear a pitch that’s only about how they can help you. I was very careful to avoid that mistake as part of the pitch email that I used. Instead, I tried to focus on the value that I could bring to them and their audience. My book coach and I collaborated on two different pitch emails, one for people that I don’t know and one for people that I have a pre-existing relationship with.

Here’s the template email I used to pitch the podcast hosts that I didn’t have a personal relationship with. I customized each message for each recipient, but the text below is pretty close to what they received.

Your time is valuable so I’ll keep my email brief.

Frankly, until now you’ve done a lot more work helping business owners than I have.

If you think it would help your audience I’d like to share some of the lessons I’ve learned along the way to building my own seven figure business. (You can read my bio at: http://www.mattpaulson.com/about/ if you’d like.)

In late July I’m releasing my first book, 40 Rules for Internet Business Success: Learn how to escape the 9 to 5, do work that you love and build a profitable online business.

Just pick a topic or topics that you think your audience would benefit from and we can formulate a plan to share it with them.

Thanks for being awesome,

Sending out the initial ask was the easy part. Out of the 25 podcasts hosts that I pitched, 12 of them said yes. Most of the rejections were polite “no’s” and a few didn’t respond. It would be very easy to take this personally and take each “no” as a personal rejection, but it’s important to remember that your agenda and everyone else’s agendas are never going to perfectly align. You can’t expect everyone to put their agenda aside for yours just because you want them to. Several of the “no’s” were kind enough to tweet about my podcast on launch day and a few of them even mentioned the book on their shows.

Of the 12 podcast hosts that said yes, I asked each one what direction they wanted to go with the podcast and asked if they would send a list of questions ahead of time to help prepare. Some were organized and had their entire list of questions ready a week ahead of time, while others were very much off the cuff. I tried to accommodate each host’s schedule as best as I could.

I ended up recording all 12 interviews in a period of about two weeks. Each interview took about an hour of preparation and another hour of actually doing the interview, not to mention the time emailing back and forth with the hosts of the shows I was going to be on. When all was said and done, I spent a better part of a week preparing for and recording the interviews. It felt like a lot of work.

As of October 1st, I sold about 750 copies of my book. It’s hard to attribute a specific percentage of those sales to the book, but I did see significant bumps in sales of the book on the days when the podcast episodes came out. If I had to guess, I would attribute about 40% of those sales directly to being a guest on other people’s podcasts. Since new podcast listeners will often go back and listen to back episodes of shows, people will be hearing about my book for the first time for months and years to come.

As I’ve previously mentioned, one of the best parts about writing a book is the indirect benefits. I met a lot of cool people over Skype during the podcast tour, including Chris Locurto, Spencer Hawes, Chris Guthrie, John McIntyre and Terry Lin to name a few. I even plan on meeting up with a few of them in later this month in Las Vegas at a conference called Rhodium Weekend.

While I conducted a podcast tour for the launch of my book, I think this strategy can be effectively used as part of the launch of a wide variety of products. If you are making something that someone else’s audience is interested in, you have a valid shot of getting on relevant podcasts. You shouldn’t expect that the entire podcast will be about your product, because nobody likes a pitch fest. However, if you can provide educational and entertainment value to listeners of someone else’s podcast, they will probably want to hear from you again and will subscribe to your email list or purchase your product.