Home» Blog » Why You Should Say No to Side Projects
Posted on November 5, 2014 by matt in Blog, Email Notifications, Entrepreneurship 1 Comment
Tweet 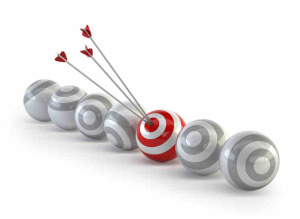 A couple of weeks back, I had the opportunity to travel to Las Vegas for an event called Rhodium Weekend. I wasn’t entirely sure what to expect going into the event, but there were a lot of people that I knew online attending the event that I was looking forward to meeting in person, like Justin Cooke and Joe Magnotti, Chris Guthrie, Spencer Hawes and several others. The primary focus of the event was about buying and selling income generating websites, but I came out of the conference with a very different take-away regarding the future direction of my business.

The Power of Focus

One of the consistent themes that came up over and over again during the conference was focus. After you reach a certain point of success, it doesn’t make sense to keep working on smaller side projects that you setup years ago when you’re first getting started. In other words, why would you put any effort into thinking about a website that generates $100 per month when you have another website that generates $5,000 per month? You only have so much emotional and mental energy to commit toward work and other projects. Having too many irons in the fire creates distraction and prevents you from working on what’s most important to you.

Two entrepreneurs at the event shared how they had recently jettisoned all of their side projects to focus exclusively on their core business. They had started trying out different online businesses beginning in 2010, but it wasn’t until last year that they came across a business venture that really took off in a serious way. Their new business quickly became responsible for the vast majority of their company’s revenue, but all of the business projects they had built in the past were still taking up quite a bit of their time. These businesses generated a serious amount of revenue, but took-up a disproportionate amount of time for the amount of income that they generated.

They did something pretty bold that’s really made me do a lot of thinking. They sold off, shut-down or gave-away all of their secondary businesses to focus exclusively on growing their primary business unit.  In doing so, they jettisoned approximately $20,000 in monthly revenue and $5,000 in monthly profit. The move was financially painful initially, but the move allowed them to reach a new level of business success because they weren’t focusing their mental energy on their side projects.

My Take-Away and Action Plan

I’ve been building online businesses since late 2006. For the first five years, I tried to create a wide variety of different online businesses and income generating websites. Many of them were miserable failures and a few had moderate success. In 2010, I started my financial news business, Analyst Ratings Network, which has become responsible for 80% of the revenue that my company makes on a monthly basis. However, I still spend a lot of time working to maintain the other business ventures that I’ve started during the last several years at the expense of working on Analyst Ratings Network.

For this reason, I plan to significantly reduce the number of secondary projects that I’m working on over the next 12 months. Earlier this year, I made a few changes to reduce my ongoing commitments. Now, I’m going to take it to the next level. I’m going to sell, give away or shut-down about ten smaller websites that I’ve been running for the last several years. I’ve already taken action on four of them over the weekend. I plan to further reduce the amount of consulting I do by transitioning most (if not all) of my remaining consulting clients to an agency that can take better care of them. I may sell my press release writing and distribution business, which is responsible for about 10% of my company’s monthly revenue, if I find the right buyer. I’ve cancelled my plans to write a second book next spring. Finally, I’m going to commit to not starting any new projects in 2015. That will allow me to focus almost exclusively on Analyst Ratings Network. I will continue to be involved in GoGo Photo Contest and USGolfTV as well, although I have pretty limited roles with both companies.

What do you need to cut out?

We’re all involved in this that we probably shouldn’t be. At a point in the past, you signed up for something that you thought was a good idea at the time. It could be a volunteer position or group that you’re a part of. It could be a business venture or a part-time job. It could be a hobby or some other ongoing commitment. The only reason that you’re still doing it is because you made a decision a several months or years back that it was a good idea. You would never sign-up for it again today, but haven’t stopped doing whatever it is because you perceive that the pain of maintaining the status quo is less than the pain of making a change.

One comment on “Why You Should Say No to Side Projects”