Home» Blog » A Networking Strategy That Works for Everyone (Even Introverts)
Posted on December 16, 2014 by matt in Blog, Email Notifications, Online Business 4 Comments
Tweet 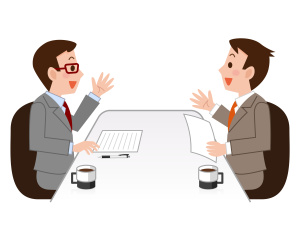 Every Wednesday morning, I spend an hour with 20-30 other entrepreneurs at event called 1 Million Cups at the Sioux Falls Design Center. I enjoy hearing speakers every week and pelting them with questions during the Q&A time. Before the event begins and after the event ends, there’s typically 15 to 20 minutes of time to chat with other attendees. Honestly, that time is somewhat awkward for me. I’m an introvert am generally not the type of person to walk up to someone (or even worse, a group of people) and start a conversation with them. I have never been good at walking into a social or networking event and working the room to find people to talk to. Although I’m not a natural social extrovert, I’ve developed a few networking strategies that work quite well (even for introverts like me).

Toward the end of the last year, I realized that I was woefully unconnected to the community of entrepreneurs that exists in Sioux Falls and the greater I-29 corridor. I was losing out on a lot of valuable connections and potential business partners and investment opportunities as a result. I decided that 2014 was going to be the year that I would introduce myself to the entrepreneurial community in the region and beyond. I didn’t want to set a fuzzy and immeasurable goal of simply being better connected.

So, I decided that my efforts would be focused in three areas:

Like most introverts, I’m much better at having a one-on-one conversation than chatting in a large group. I figured that instead of chatting with a lot of people at once, I could simply have a lot of one-on-one conversations with other entrepreneurs. I decided that every Monday, I would ask three people if they wanted to have lunch or coffee “in the next week or two” (but mostly lunch, since I like to eat).

I started with people that were friends and acquaintances then moved on to loose acquaintances and other people that I would meet at events. Since my book has come out, I’ve had an increasing number of people ask to buy me lunch, which has made the process even easier. 10 months into the process, I typically have three or for lunch dates each week with other entrepreneurs, ministry leaders and business leaders in the area.

I don’t have any secret strategy to setup lunch and coffee meetings. I simply email or send a Facebook message to the person and tell them that I’m interested in hearing about what’s going on their life and business and ask if they are interested in going out to lunch. Prior to having lunch with people, I’ll think about a few different things that I want to ask them about so there’s plenty of potential conversation topics. After I have lunch with someone, I’ll put a note in my calendar 2-3 months later to see if they want to grab lunch again in the near future. That’s really all there is to it.

The people that are most interesting to talk to at networking and community events are those that have built successful businesses. People that “someday” or “might” want to build a business (commonly known as “wantrapreneurs”), just aren’t all that interesting to talk to. I knew that if I was going to be able to network with successful entrepreneurs, I would have to establish myself as someone that has real business chops.

I decided to start writing about entrepreneurship and began writing one blog post every week. I also actively followed people on LinkedIn, Twitter and Facebook that I wanted to meet. That way, when I ask someone if they want to grab lunch, I’m not seen as some stranger that probably wants to pitch them on some multi-level marketing scheme, but as the guy whose blog posts they’ve been reading for the last several weeks or months.

At the beginning of the year, I decided I was going to attend as many local business, leadership and entrepreneurship conferences as I could. I’ve attended a number of local conferences this year, but they haven’t really been that great of networking opportunities. Since the focus at these events are primarily on the speakers, there’s just not a ton of time to talk to people.

What has been very good for me, is the weekly and monthly meet-ups like Falls Foundry’s 1 Million Cups and Think29’s Entrepology. You tend to see a lot of the same people on a week-to-week and month-to-month basis. For weekly and monthly events, my only goal is to introduce myself to one person I don’t know. I can usually even identify who I want to introduce myself to ahead of time by seeing who has RSVP’d to any given event on Facebook. If there’s someone I don’t get a chance to meet, there’s always next time.

The connections I’ve made in the last year have generated tangible benefits for my business. Because I met Andy Traub at 1 Million Cups, I was able to write my first book, 40 Rules for Internet Business Success. Because I was regularly producing content, Todd Kolb became aware of me which lead to a series of meetings that led me to acquiring an equity stake in USGolfTV. Most importantly, I’ve made several new friends and dozens of acquaintances as part of the process.