Home» Blog » How I Sent My Parents to Las Vegas for Free Using Points and Airline Miles
Posted on May 20, 2015 by matt in Blog, Email Notifications, Everything Else, Miscellaneous No Comments
Tweet 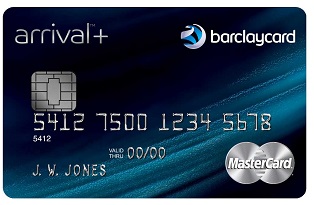 Last fall, I started listening to a travel hacking podcast called Abroaders after one of the hosts was interviewed on another podcast I listen to. After listening through their back catalog of episodes and reading a few travel hacking blogs, I learned that there is a community of people that regularly travel around the world using airline miles and other rewards points that they earn from participating in credit card rewards programs, filling out surveys and participating in loyalty programs. There are many self-described travel hackers that earn as much as 500,000 miles/points each year by signing up for new credit cards every quarter and maximizing other points earning opportunities.

Since I was planning on doing a lot of travel in 2015, I decided that I would dive into this new hobby and see how many rewards points and miles I could earn. I signed up for the rewards programs for the airlines and hotel chains I use frequently. I opened up a checking account with BankDirect that rewards American Airlines AAdvantage miles every month based on your balance. I started reading travel hacking and points blogs, most notably The Points Guy, on a weekly basis. I signed up for Award Wallet to keep track of my rewards programs point balances.

I also signed up for a few travel rewards credit cards that had great sign-up bonuses if you spend a certain dollar amount within the first 90 days of having the card. I also started paying for my business expenses on a rewards credit card. Specifically, I’ve been using the Chase Ink Plus card to pay for my business expenses because it offers 5x points on web hosting expenses, which is one of my company’s major monthly expenses. I switch between the Chase Sapphire Preferred card and the Barclays Arrival Plus World Elite MasterCard for my personal spending. Please note that I pay each of my credit cards off every month and do not advocate carrying a balance under any circumstances.

Granted, I don’t go to the lengths that some people do to earn miles and points. I don’t do things like manufactured spending or buying gift cards at office supply stores to get 5x points on all purchases. However, I’m pretty happy with my initial results. By the end of 2014, I had racked up about 450,000 miles between various programs including American Airlines AAdvantage Miles, United Miles Plus, Starwood Preferred Guest, Barclays Arrival+ and Chase Ultimate Rewards.

Using Points and Miles for a Free Vacation

I have a full travel schedule for 2015, which includes going to a variety of conferences and taking a couple of trips with my family, so there would be plenty of opportunities to spend the miles and points that I had earned. It happened that the first trip I booked in 2015 was a trip to Las Vegas for my parents. Since my dad is turning 60 next year and my parents don’t get a lot of opportunities to take trips, I thought it would be nice to send them somewhere. It just happened to line-up at a time when I had 450,000 airline miles and points in my various accounts. I set out a goal of getting their flight, hotel and rental cars for free using the points I had in my accounts.

There is only one direct flight from Sioux Falls to Las Vegas and it’s on Allegiant, which doesn’t have a rewards program. The ticket prices are pretty cheap given that I fly out of a small regional airport, even after baggage and seat selection fees. I used about 80,000 points from my Barclays Arrival+ card to pay for their tickets. I could have sent them through Denver or Dallas on United or American and used my AAdvantage or MilesPlus points and potentially have gotten a better redemption, but I thought it would be easier for them to have a direct flight. While it wasn’t the best possible redemption of those points, I did get them free airline tickets.

For their rental car, I had some points from a sign-up bonus for the Capital One Venture Card. I used about 25,000 points to rent them a mid-sized sedan through Alamo. This was a pretty straightforward redemption since Capital One lets you book a rental car directly through their rewards program.

I spent a lot of time looking at hotel options. I could have gotten them a free stay at the Westin using my Starwood Preferred Guest points, but that Hotel is off the strip and wouldn’t give them the full Las Vegas experience (they have never been to Vegas). Another redemption option would have been to use my Chase Ultimate Rewards to book a hotel using their points-as-cash option, but that wouldn’t have been a very good use of those points.

In the end, I decided to book them a room at the newish Palazzo (a casino-hotel that’s larger than the Pentagon) using cash. I enjoyed a recent stay there. They have a mall on the second floor that has a fake-outdoor motif and a series of canals that are pretty coo (see picture below). I figured it would be hard to go wrong sending them there. I was able to rack up about 3,000 additional Chase Ultimate Rewards points (their card offers double points on travel) and another 12,200 points American AAdvantage miles for booking through PointsHound. While I could have gotten them a free room, I opted to pay for their hotel with cash in order to make sure they have a can’t-go-wrong experience in Vegas. 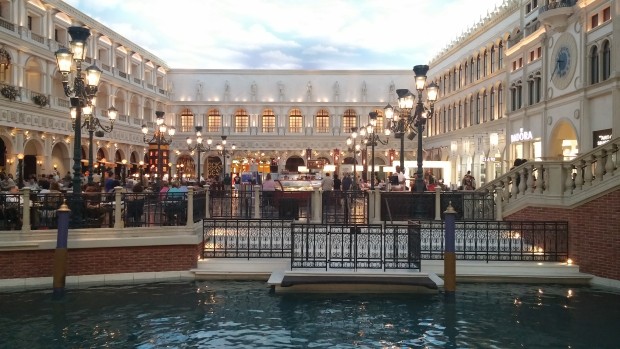 I’ve learned that you can spend as much time as you want learning about travel hacking and earning points. While you can go deep down the rabbit hole jumping through hoops to earn points, I think you can get a lot of the benefits of earning points and miles with relatively little work. By switching credit cards every 4-6 months to get sign-up bonuses and using the optimal cards for your everyday spending (and the spending of your business if you have one), you can get most of the value without letting earning points becoming a very time-consuming hobby.

Granted, the guys that are earning a million points each year and taking free international trips to Asia in first class regularly will show you that there’s an entirely different level of travel hacking you can reach. That’s not for me though. I plan to continue earning points through the right credit card rewards programs, my BankDirect rewards checking account and other high value earning opportunities that show up. I’ll largely redeem them for trips I would have taken anyway for conferences and family vacations.

Should I become a travel hacker?

Travel hacking and earning miles/points is a hobby for people that love to travel, are very organized and have some free time to learn the tricks of the trade. If that’s you, checkout this beginner’s guide to travel hacking from The Points Guy and read Upgrade Unlocked by Chris Guillebeau and Stephanie Zito.