Home» Blog » The Past, Present and Future of Co-Working in Sioux Falls
Posted on April 15, 2017 by matt in Blog, Entrepreneurship, Sioux Falls Startup Community No Comments
Tweet 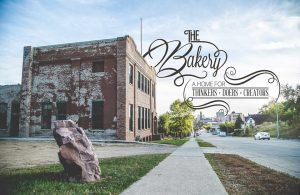 Why does co-working matter?

There is a small but growing group of mobile professionals in Sioux Falls that need a place to work. These people are photographers, graphic designers, website developers, individual service providers, freelancers and solo-entrepreneurs. Traditional office spaces are not a great fit for these one-man and one-woman companies, because they are usually too large, are not cost effective, and do not offer the collaborative and community work environments that entrepreneurs desire.

Many of these people rely on coffee shops and home offices to work, but neither of these options are ideal work environments. Coffee shops are great places to work for an hour or two in the morning, but usually aren’t well set up to accommodate an entire work day. Home offices tend to be professionally lonely work environments. You may not talk to anyone for an entire day when you are working at home by yourself. The presence of children at home during the day can make working at home very difficult. It can be nearly impossible to buckle down and knock out a project when your four-year-old son is begging you to play Legos with him.

Between 2010 and 2015, I worked almost exclusively out of a bedroom in my home that I had converted into an office. My home office provided the ability to buckle down and get work done, but it lacked the opportunity to collaborate with others and a sense of community that people often find in a more traditional work environment. When my son Micah began walking and talking, working at home became an increasingly difficult task. This led me to rent a single office in The Creative Co-Op in 2015. My office space provides a dedicated place to work without the distractions that happen at home and also provides the opportunity to connect with other professionals and bounce ideas off of them throughout the day.

Co-working spaces like The Bakery are an ideal place for mobile professionals to work during the day. They provide many of the benefits of having a dedicated office and working as part of a team, without the financial baggage that comes with leasing an office and hiring team members. Co-working spaces offer a consistent place for individuals to work on a day-to-day basis for an affordable price. They also offer the ability to collaborate with like-minded individuals and offer a sense of community for self-employed individuals that one might normally find in a more traditional workplace.

Why didn’t The Bakery work?

The Bakery opened in May of 2015 after a significant remodel of the old L. & A. Baking Company building by Koch Hazard and a six-month effort to raise money and sell memberships to the space. The Bakery had a lot of momentum initially, receiving significant media coverage, and having dozens of events at their space each month.  It wasn’t without challenges though. There were several headwinds that made running The Bakery profitably a challenge that ultimately led to the decision made by owners Clint Brown and Brian Rand to vacate their current building at the end of the month.

I have been told that it cost about $14,000 per month to operate The Bakery’s space, between the cost of the lease, utilities, equipment, supplies and other services the company had to purchase. There’s also the cost of staff, running events and promoting the space. This means The Bakery would need about 200 members paying for full-price memberships to operate profitably. Most of The Bakery’s target customers were relatively new entrepreneurs that had a hard time shelling out the $900 annual fee that The Bakery charged for their “mobile professional” membership.

Because of the high failure rate of small businesses, many members of The Bakery did not renew their memberships after their first year because they were no longer in business, had moved out of the area, or because The Bakery no longer met their needs. In subscription businesses, we refer to this issue as “churn”. When a customer cancels in a subscription business, you have to find a new customer to replace the previous customer to maintain your monthly revenue. From my understanding, The Bakery had a difficult time replacing the customers that purchased a membership for the first year, but did not renew. The Bakery’s churn rate outpaced the rate at which The Bakery was acquiring new customers and it was not able to maintain enough recurring revenue to consistently cover the costs to operate the building on a month-to-month business.

The L. & A. Baking Company was also not an ideal building for a co-working space. The basement had poor lighting and wasn’t very useable as office space. The main floor was set up as an event space and the top floor was rented out as private offices. The environment didn’t have many great work spaces where someone could really spread out and work for a day. There also wasn’t a lot of room for dedicated desks, which are a significant revenue source for many co-working spaces. The Bakery also did not offer lockers or any secure storage, which made it difficult for anyone to use The Bakery as their primary office. Only a small percentage of The Bakery’s members ended up using The Bakery’s space as their full-time workspace. Most found other places to work and only came to The Bakery for meetings, events and other meetups.

Perhaps the biggest challenge The Bakery faced was that it didn’t have a single identity. It functioned as a traditional co-working space and shared office space, but it was also an event center for entrepreneurial events and other people that wanted to use the building. It serves as an online community for entrepreneurs in the Sioux Falls area and it also offers educational content to entrepreneurs and business people. The Bakery had a business incubator program called The Oven and they also operated several community events, such as Food Truck Friday and its recent SoDak Coffee Roasters Expo. Answering the question, “What is The Bakery?”, was very difficult because of all the different things that The Bakery did. Without a single overriding purpose, it became difficult to market The Bakery and communicate its function to new potential members.

What’s next  for The Bakery?

The Bakery plans to move out of their existing building and become an entirely virtual organization beginning in the month of May. In an email sent to current members of The Bakery, co-owner Clint Brown said that The Bakery would develop “a robust Facebook Workplace social site for Bakery members with valuable information updated daily” and would create “the best on-demand online classes that I am able to through our Learning Management System.” Brown also said that The Bakery would continue to offer in-person classes at other locations and that he would make himself available to help Bakery members every day over the noon hour from Monday through Friday. In the email, Brown stated that he would be reducing every member’s fee to $30.00 per month. He closed the email by saying, “Please know that The Bakery, LLC isn’t closing. I have big plans and we are just getting started. I want you to join me on this journey as we help even more businesses launch in our region.”

What opportunities for co-working remain in Sioux Falls? 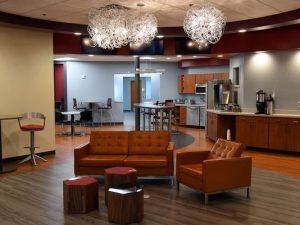 Many are not aware that The Bakery is not the only co-working space in Sioux Falls. There are several other businesses and organizations that offer co-working services:

How could co-working work in Sioux Falls?

It could be many years before another true, independent co-working space is attempted with the failure of both The Bakery and Meso to operate profitably. There are other variations of co-working that have not yet been tried in Sioux Falls that are worth considering:

What does the future of entrepreneurial community look like in Sioux Falls? 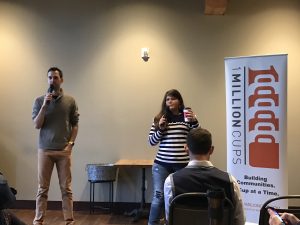 I believe that the future of entrepreneurial community in Sioux Falls will be organizationally-supported and event-driven. Organizations like The Bakery, the Zeal Center for Entrepreneurship, the 1 Million Cups team, and the Sioux Falls Area Chamber of Commerce will put on networking events and create educational opportunities for mobile professionals. These regular events will foster community and collaboration of the growing class of mobile professionals in Sioux Falls. We are already seeing the benefits of these at 1 Million Cups, a weekly networking event where an entrepreneur pitches their business and answers questions from the community, and at the events put on by the Zeal Center for Entrepreneurship.

If The Bakery proved anything to the city of Sioux Falls, it’s that there is a large and growing group of mobile professionals that desire community and a collaborative work environment. The Bakery’s physical space is going away this month, but the desire for collaboration and community isn’t going anywhere. I wouldn’t be surprised if many new meetups, networking events and educational opportunities for entrepreneurs sprout up in the near future. Rest assured, the entrepreneurial community is alive and well in Sioux Falls.