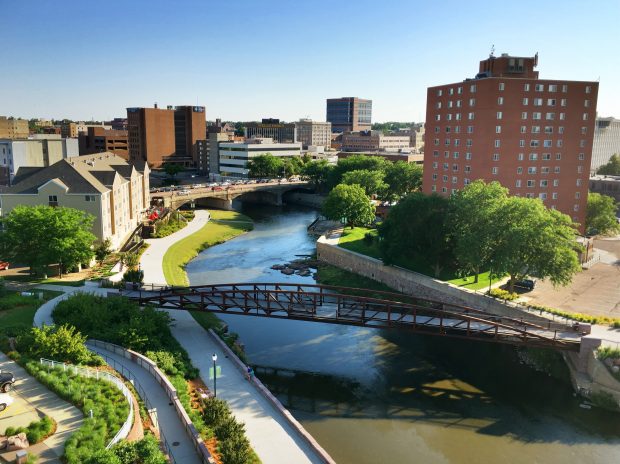 Given this renewed focus on entrepreneurship, I think it’s an appropriate time to take a step back and ask what Sioux Falls really needs to become a community that fosters entrepreneurship. There are four key changes that I believe need to occur for Sioux Falls to truly become an entrepreneurial community: more cross-industry personal networking and collaboration, better storytelling of the successful entrepreneurs that are already in the city of Sioux Falls, better educational opportunities for entrepreneurs and more capital to fund the growth of businesses in Sioux Falls.

Businesses get launched when people with different skillsets get together and discuss how to solve problems and create opportunities. Two ambitious people meet at a networking or entrepreneurship event. They start talking ideas, find an idea they are both excited about and begin to pursue a business together. A notable example of this is Scratchpad Tees. The two owners, Chris Bierle and Craig Brown, met through The Bakery and eventually started a successful t-shirt company together.

Collisions among future entrepreneurs already happen at hubs for entrepreneurship, such as the Zeal Center for Entrepreneurship and Queen City Bakery. They also happen at events like 1 Million Cups, Zeal’s Entrepreneurial Insights and Chamber mixers, but it’s a relatively small subset of business people and entrepreneurs that attend these events. Many of Sioux Falls’ largest industries, including banking, healthcare, retail, agriculture, technology and education are underrepresented at these events. Some of the Sioux Falls community’s brightest minds are left out of the conversation because they simply never show up.

Imagine what kind of new businesses could be founded if we all stepped out of our siloed industries, took time to learn about each other and looked for opportunities to work together on projects. What if a banker and a programmer teamed up to create a mobile banking experience that wasn’t awful? What if a group of educators teamed up with technologists to develop new and more efficient ways to deliver content online? What if retailers worked with Sanford and Avera to create a more consumer-friendly healthcare experience? Opportunities to create new businesses and collaborate across industries abound, but there must be an environment where entrepreneurial connections can form. Then, people just have to show up!

There are many entrepreneurial success stories in the city of Sioux Falls, but we don’t hear about most of them. Most of us know that Warburg Pincus purchased a majority stake in Docutap last year, but there are many companies doing things that are just as exciting but that haven’t been widely covered by the media.

Here are some exciting companies that you may not know about in the city of Sioux Falls:

These organizations are all based or were founded in the city of Sioux Falls and are doing incredibly creative things. We need to do a better job of telling the stories of these companies and highlighting what they’re doing so that future entrepreneurs can see the success that others are having and think “I could do this too.”

Sioux Falls has plenty of traditional academic programs that teach business, between Augustana University, the University of Sioux Falls (USF), Southeast Technical Institute and University Center. Some of these programs, such as USF’s MBA program, are quite good. They provide a broad base of education on a variety of business topics, such as accounting, human resources, marketing and finance. They don’t meet everyone’s needs though. Signing up for a multi-year degree that costs well into five figures is not practical for many would-be entrepreneurs. Ironically, getting a traditional business degree might actually keep you from starting your own successful business because of the cost and time involved.

Our community needs more bootcamp-style educational programs and topic-driven seminars that help entrepreneurs cover the basics and gain a working knowledge of specific topics, such as marketing and accounting. Some of the biggest mistakes that I see entrepreneurs make happen because they don’t have a fundamental grasp of basic business topics. Recently, I came across an entrepreneur that took out more than $1 million in debt from a bank using their inheritance as collateral to fund their pre-revenue and pre-traction company. If this person had taken a basic business finance class, they probably would have learned that borrowing $1 million+ for a pre-revenue company is very unusual and is almost certainly not a good idea.

The University of South Dakota (USD) and the Zeal Center for Entrepreneurship are taking some good first steps to broaden educational opportunities for entrepreneurs. Zeal is launching an incubator program and offering monthly educational seminars. USD is launching executive training programs to help meet this need. These programs are moving in the right direction, but need to be better publicized and more accessible to entrepreneurs.

Sioux Falls faces a chicken and egg problem when it comes to seed-stage capital. There aren’t many high-quality early-stage firms in Sioux Falls, so local angel investors and venture capital firms largely invest in companies outside of our community. Local venture capital companies, including Bluestem Capital and Bird Dog Equity Partners, are largely location agnostic and have primarily invested in companies that are based out of state. This is also true in my case. Most of my angel investments are in companies located in start-up hubs, such as Austin, Boulder and San Francisco. Many local business people that have the financial means to become angel investors never take the leap and do so because there are few deals and little educational information available locally on angel investing.

Conversely, entrepreneurs have a tough time raising money locally because there aren’t many sources of early stage capital. Falls Angel Fund, the lone angel fund in Sioux Falls, has a capitalization of just $1.35 million and receives far more applications than it could possibly hear as pitches at its bi-monthly meetings. There are a handful of individual angel investors as well, but they are few and far between and they don’t do many deals. Most companies looking to raise money don’t have enough traction to attract the interest of a local private equity firm, leaving them few viable options to raise money. They often end up having to self-fund their business, grow slower than they would otherwise or take less than equitable terms from an investor looking for a deal.

How do we solve this chicken and egg problem? We need more successful deals to happen to show that early-stage private equity is a viable asset class for high-net-worth investors in the region. Falls Angel Fund is a solid first step in this direction, but the fund would need to be three or four times as large to fund all the viable investment applications it receives each year. Hopefully, Falls Angel Fund will be able to quickly deploy that capital and lead to the creation of a much larger community-based angel fund in the future. In the meantime, we need more sophisticated, high-net-worth investors to fill this gap and invest part of their portfolio into local non-real-estate private equity investments. As more dollars flow into high-quality, high-growth companies in Sioux Falls, there will be more jobs created, more successful exits and strong returns for angel investors.

Sioux Falls has taken many positive steps to promote and foster entrepreneurship during the last five years. Docutap showed us that a homegrown company can create hundreds of jobs and be sold to a global private equity firm for more than eight figures. The Bakery revealed there is a strong desire for entrepreneurial community and opportunities for collaboration. Zeal rebranded itself and made itself much more available and accessible to aspiring entrepreneurs. Falls Angel Fund provided the first meaningful seed-stage capital to be available in Sioux Falls in more than a decade. We’ve made a lot of progress, but we still have a long way to go if we want to be a significant entrepreneurial hub.

I created a discussion group on Facebook called “Sioux Falls Area Entrepreneurs”. Join the group and have your say in what the city of Sioux Falls needs to do to better foster entrepreneurship.

Update 6/11/2017 – Michael MacFadden has added his thoughts to the conversation about what he thinks Sioux Falls needs to build a true startup ecosystem. Read his thoughts here.