Home» Blog » How I Plan to Encourage Entrepreneurship in South Dakota in 2018 and Beyond
Posted on October 31, 2017 by matt in Blog, Sioux Falls Startup Community 1 Comment
Tweet 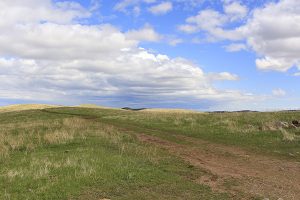 Entrepreneurship has been a passion for me since my formative years. I sold candy to friends in grade school to make a bit of cash. I made a website about SimCity 2000 in middle school that somehow earned $25.00 per month from ads. In college, I started a personal finance blog that quickly became an income source that allowed me to graduate debt free. I’ve seen firsthand how creating and growing businesses can create personal freedom, foster economic prosperity and promote the general welfare of those around you. Now, I spend part of my time promoting entrepreneurship so that others can enjoy the same freedom and prosperity that I now enjoy after working on growing my business for more than a decade.

These efforts are starting to show results. A group of women that met at an Open Startup Coffee event I organized launched a business conference together called Sioux Falls Business Expo. Entrepreneurs have found employees and contractors through the group. Others are using the skills and tactics they learned in the group to acquire customers. For example, Kyle Vandenhull of Wrapability credits the Facebook group for teaching him the email marketing skills he used to land a large client. Apparently, someone is even organizing a Secret Santa gift exchange. These results are very early, since I started these efforts in the last 18 months and businesses can take years to get off the ground. However, I’m thrilled to see the early progress many local entrepreneurs are already making and can’t wait to see what businesses and partnerships get formed from these efforts.

Others are even taking notice of my efforts to promote entrepreneurship. I was recently humbled to receive the “Spirit of Enterprise” award at the 2017 Innovation Expo conference in Sioux Falls. This award has been previously won by well-established local business magnates including Steve Kirby, Gene McGowan, Al Kurtenbach, Don Dunham, Rich Naser, Eric McDonald and a handful of others. I thought it was perhaps a bit premature for me to win this award, but it’s nice to know that my efforts to promote entrepreneurship are not going unnoticed by the rest of the local business community.

Growing Entrepreneurship in South Dakota in 2018

I am hoping to expand the success we’ve had with the Entrepreneurs of Sioux Falls Facebook community by launching a statewide group called Entrepreneurs of South Dakota. By the end of 2018, I am hoping to help establish local entrepreneurship community groups in the ten largest cities (towns) in South Dakota that are run by local entrepreneurs. So far, groups for Aberdeen, Yankton and the Black Hills have been formed. The idea is that the local groups will foster local collaboration and discussion and that the statewide group will help bridge the gap between communities in South Dakota. Ultimately, I hope that these groups will help spur people to launch businesses, identify business partners, implement modern business practices and create economic prosperity in their own lives.

I also plan on “doubling down” on in-person networking and entrepreneurship events. I personally plan on hosting a total of 18 entrepreneurship events, such as Open Startup Coffee, speed networking and mini-masterminds in 2018. I will also be highlighting other events such as 1 Million Cups, Startup Weekend and Innovation Expo through the Facebook community groups I am working to build.

Finally, I have an audacious plan to attract outside capital to South Dakota companies in 2018. Notable angel investors like Paul Singh, Jason Calacanis and Gil Penchina have shown that there’s a strong demand to invest in early-stage, high-growth companies regardless of geographic location through a service called AngelList. AngelList facilitates the creation of investor groups, known as AngelList syndicates, that invest in startup companies as a group. The idea is that smaller angel investors can invest as little as $1,000 into a deal that’s been vetted by an established angel investor. Their funds are pooled into a single-purpose LLC that invests in a startup company and becomes a single entry on the startup’s capitalization table (cap table). This is important as most non-public companies are limited to having 99 investors on their cap table. Lead investors can often raise between $100,000 and $300,000 for each startup that they syndicate through AngelList.

I have signed up to be a syndicate lead and believe there’s an opportunity to attract outside investor capital into South Dakota startups by syndicating deals on AngelList. I have a verbal agreement to syndicate a company on AngelList in the next few months (unfortunately, it is not based in South Dakota), but hope that I’ll learn enough to syndicate future early-stage deals through AngelList.

I am not operating under the illusion that I will single-handedly turn Sioux Falls into a startup hub or measurably impact South Dakota’s economic growth, but I do believe that something amazing could happen if there’s enough of us regularly pounding the drumbeat of entrepreneurship in the state. If South Dakota becomes a vibrant region of entrepreneurship, it won’t be because we’ve attracted some large employer or launched a flashy campaign promoting entrepreneurship. It will be because of thousands of entrepreneurs starting their own businesses, creating jobs, and providing economic value to the world.