A couple of weeks ago, I was invited to attend a Christmas party that entrepreneur Kevin Tupy held for his real estate and business development firm, Cresten Capital Holdings. It was held at the new Tavern 180 restaurant and the food was top-notch (try the Chicken Parmesan, you won’t regret it!). The party was attended by prominent leaders in the Sioux Falls real estate downtown business community and it was a great evening all around. 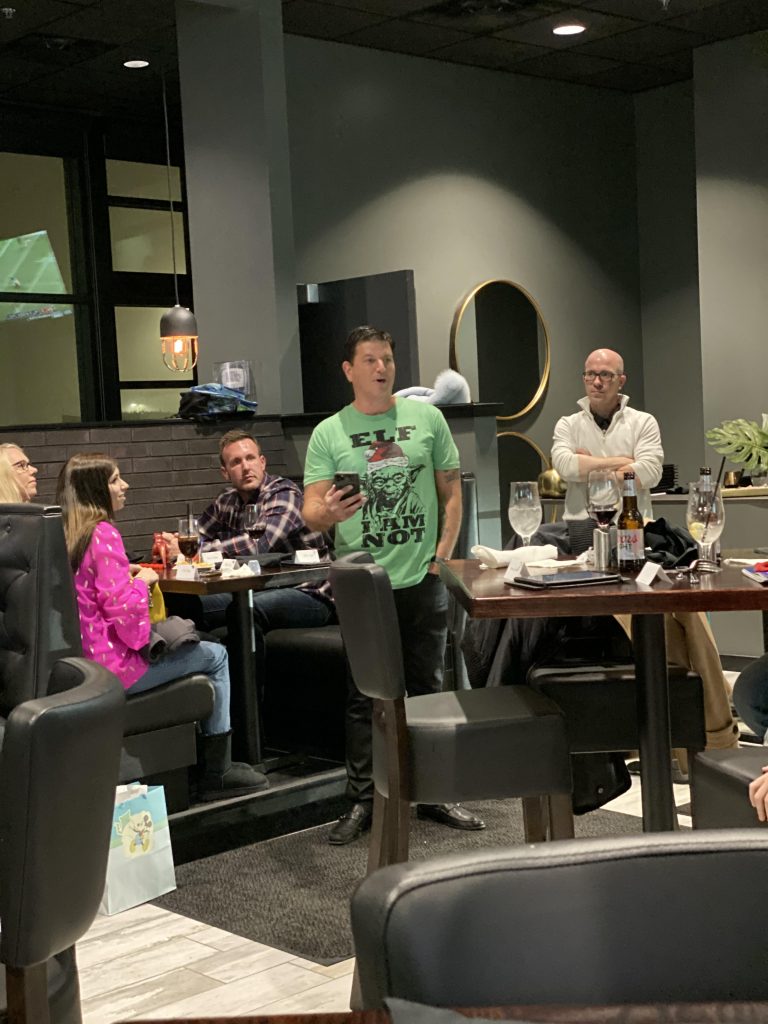 Attending the event got me thinking about Kevin’s career, the businesses he has built and how he has become one of the most successful and prominent business owners in the community. He built a network of hundreds of Verizon stores under the Z Wireless (now Victra) brand and owns at least 20 retail and apartment properties in Sioux Falls. His venture capital firm, Cresten Capital Holdings, has invested over $100 million into real estate and operating companies around the country. He owns a private jet and has a watch collection that would make anyone jealous.

Kevin has had an incredibly successful career, but what’s most interesting about him is that he just doesn’t fit anyone’s mold and he does very few of the things that you think a business owner might do in Sioux Falls. He very rarely, if ever, attends professional networking events or chamber of commerce mixers. While he is very charitable, there are no big flashy corporate sponsorships that bare his name or the name of his companies. He is much more likely to be seen wearing a “Live Long and Prosper” Star Trek t-shirt (made by his own t-shirt company) than a blazer or a suit. He doesn’t spend a bunch of time trying to get press coverage and he hasn’t bothered applying to win business awards. He’s never written a blog post, let alone a book. Yet, Kevin is one of the ten most successful business leaders in our community. He does things his own way, works very hard, and isn’t especially concerned about what other people think about him.

If you want to make a name for yourself and be successful like Kevin has, the standard list of general best practices for personal branding would include defining your audience, creating content so that you can become an industry expert and developing an online presence. Best practice lists for personal branding would say that you should attend in-person networking events, get a headshot and identify key performance indicators to track your success. I am pretty sure Kevin hasn’t done any of those things or has ever actively tried to build his personal brand, but he is a very successful entrepreneur that has every business connection he would ever need and he is also well known in the business community.

As I’ve gotten to know Kevin in the last couple of years, the big lesson that I’ve learned from him is that doing interesting work, building a successful business and generally being impressive is 100 times more important than trying to look impressive by going to networking events, dressing up and having a well-polished LinkedIn profile. In other words, it’s much more important to be a mover and do things than it is to be a hand shaker.

If you build a successful business that many people in your community know about, you won’t need to go to a lot of networking events to meet people. People will knock on your door wanting to do business with you, get your advice or have you invest in their business or non-profit because they know what you have accomplished and the value you have created in the world. You won’t need to go seek out speaking engagements and try to get media coverage, because you are interesting enough that reporters will want to cover what you are working on next. Organizations will ask you to speak to their communities simply because of who you are and what you have accomplished. Your personal brand will build itself because of the success that you have had in your career.

Don’t get me wrong. I’m not saying that traditional personal branding efforts aren’t effective or have no value, but they won’t be very effective unless those efforts are backed by a person that’s genuinely doing impressive work. The junior financial advisor that has a well-polished resume, a killer LinkedIn summary and an Instagram profile that would make a Kardashian jealous, is still a junior financial advisor. Focus your time, energy and attention on doing impressive work and the rest will naturally follow.