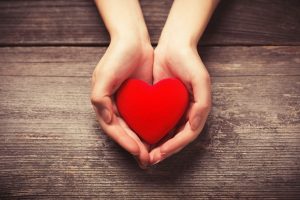 A while back, I was invited to participate in a focus group of business leaders for the Sioux Falls Brand project which is a collaboration of the City, the Chamber, and the Development Foundation to develop a consistent brand and logo to use when promoting the city. The consultants asked our group several questions about what made Sioux Falls unique and how Sioux Falls was different than Sioux City, Fargo, and other neighboring communities.

During our discussion, there was a consistent theme that one of the primary reasons Sioux Falls is such a vibrant community is the willingness to give back, support non-profits and invest in community development efforts such as Forward Sioux Falls and community appeals projects through the Sioux Falls Chamber. Philanthropists such as T. Denny Sanford, Dana Dykhouse, Miles Beacom, and others have set an example for the rest of us by funding projects and organizations that will positively impact Sioux Falls for decades to come. Now, there’s a shared understanding in the business community that successful business leaders have a responsibility to carry the torch of community reinvestment and philanthropy moving forward. Charitable giving and philanthropic work are built into the DNA of the Sioux Falls community and our community is better off because of it.

There is a new generation of business leaders that are in their 30’s and 40’s that are charitably minded and have philanthropic projects that they deeply support. Every leader in our community does charitable giving a bit differently, but there are some interesting trends that I have noticed (at least from my perspective) that will change how non-profits fundraise in our community in the future. These trends are largely positive, but non-profits will need to reconsider how they fundraise to adapt to the characteristics of younger donors.

Some entrepreneurs have business partners and venture capital funds invested in their businesses, which makes it more difficult to give directly out of one’s business. Instead, donors appear to be giving more in their own name or through donor-advised funds that allow them flexibility as when they give and what information is released to the non-profits they contribute to. Because younger leaders are generally giving out of their own name, they are placing a greater emphasis on personal passion projects and less on large sponsorships that come with naming rights.

Younger leaders recognize that non-profits have a hard cost to maintain a relationship with their donors (direct mail, meetings, reporting, etc.) and they don’t want their name to become an expense on every non-profit’s marketing budget. They are also busy and don’t necessarily want to have coffee meetings with every development director in town. Rather than writing smaller checks to dozens of organizations, they want to write fewer, bigger checks to the organizations they really care about.

The trend among donors appears to be moving away from asking for significant recognition from the non-profits they support. I was recently part of a fundraising initiative for the Empower Ministry Campus which is hoping to raise $3 million for the purchase and remodel of the old South Dakota School for the Deaf campus. The effort is being supported largely by a group of mid-career business owners and not one of them asked for a large plaque, a press conference or a statue. Younger donors seem to care much more about making a positive impact in our community than getting recognition for their efforts.

I don’t think younger givers are totally against being recognized, but it’s just not their top priority and it’s not why they give. Most of my charitable giving is anonymous because Jesus instructs Christians to give anonymously and because I want the focus to remain on the work of the organization and not on myself as a donor. The one thing that Karine and I have publicly sponsored in our own name is the Octopus tank as part of the Butterfly House and Aquarium’s capital campaign, because who wouldn’t want their own octopus tank?

The trend two or three generations ago among wealthy people was to generate wealth most of their life and give it away in their retirement years or give their wealth to charity upon their death. Younger donors don’t want to wait that long. They might not make a seven-figure gift at the tail end of their career, but they are giving throughout their working lifetime to the organizations that they support.

With over five hundred 501(c)3 non-profits operating in Sioux Falls, people that are “known donors” get hammered with requests for support from non-profits of all kinds. Frankly, it can become overwhelming and many young donors (including myself) won’t take meetings with professional fundraisers unless they already know them from another context or get a warm introduction from a trusted friend or another business leader.  Donors would much rather be asked to support a cause by another business leader than a development professional. This means leaning on boards of directors and their professional networks will be much more critical in non-profit fundraising in the future.

Today’s donors tend to be more skeptical about large national charities that have operations in multiple states. I served on the South Dakota March of Dimes board from 2015 to 2017 and was surprised by how little of the money we raised went toward actually helping premature babies. Most of the dollars raised went to staffing, fundraising and overhead. Younger donors understand this is an issue and are focusing their giving where most of their money will go toward impact and not overhead.

These trends are reflective of the donors under 50 that I have personally interacted within our community, but they are generalizations and are not necessarily reflective of any one donor. Overall, these are very positive trends. Younger donors are giving to organizations they care about throughout their careers and they are giving for the right reasons. They are getting more involved with the causes they support and doing more due diligence on the organizations they support prior to writing a check.

While charitable giving is changing in our community (and more broadly in the country) and there will be some disruption among organizations that rely on aging donors, I don’t think there is a charitable giving crisis. Some non-profits worry that “young people don’t give,” but I just haven’t seen that in my experience. Individuals without significant financial resources won’t give (or won’t give much) regardless of age simply because they can’t afford to and that has always been the case. It just happens to be that later-career people have more money to give because they have been working for three or four decades. As the group of younger donors ages and has more time to grow their businesses, they will become the driving force behind charitable giving in our community and they will bring some very healthy and positive trends with them