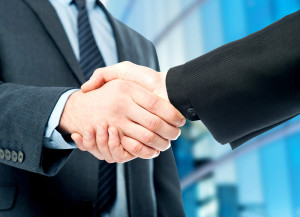 One of the lessons that I’ve learned during the last two years that you really need to focus on the handful of things that you’re better at than anyone else and prune out everything else if you’re going to be successful in business. Earlier this year, I shut down my consulting business and a variety of smaller websites that I run so that I could put my full energy behind my business units that generate the vast majority of my company’s revenue.

While I got rid of a lot of different sites, there were still a few relatively-small income-generating sites that I couldn’t bring myself to shut down. They only required a couple of hours of maintenance each month and I didn’t want to throw away the economic value they represented. They were effectively passive income streams. I wanted to be merciless about getting rid of the business units that are no longer core to what I do, so I decided to see if anyone would be interested in buying them.

How Websites Get Sold

When you have a website that you want to sell, it will typically be valued based on a multiple of its monthly revenue after expenses. A site less than a year old may only sell for six to twelve times monthly revenue. An established website that has had two or three years of relatively steady traffic and income can sell for as much as twenty or twenty five times monthly revenue. The general rule of thumb is that the longer a website has been around and has been receiving steady traffic and income, the greater revenue multiple it will receive. For example, if you had a website that was three years old and earned $100.00 per month, you might get a 20x revenue multiple, or $2,000.00.

Most websites are sold on public marketplaces that list websites for sale. The largest of these is Flippa.com. Typically, someone with a website for sale will create a listing on a marketplace like Flippa detailing the history, traffic and revenue numbers for a site. After the listing is created, an eBay style auction will commence where potential buyers can make bids on the site. After a set period, usually 7 or 10 days, the highest bidder will win the auction and buy the website. Since there’s often very little trust between the buyer and seller on Flippa, usually the sale is facilitated by an escrow service, like Escrow.com.

Of course, not every website that gets listed on a marketplace gets sold. Buyers generally only want to buy unique and reputable websites that have a history of receiving traffic and generating income. If you’ve built a website that’s just a copy of another website, no one is going to want to buy it. If you’ve put a bunch of work into building a great website, but it doesn’t generate any traffic or revenue, you’re probably not going to be able to sell your website. Buyers aren’t concerned with how much work you’ve put into a website. They are only concerned about the web traffic it gets and how much money it makes each month.

In order to protect the buyer of the website, I won’t reveal the name or domain name of the site that I sold. I can say that the site that I sold was a general news website that earned between $300.00 and $400.00 each month. I hadn’t been putting much effort into it in the last several months, but it was still generating a healthy amount of traffic from search engines and was generating pretty consistent advertising revenue as a result.

A seller might normally sell a site like this on Flippa, but it’s a lot of work to create a compelling listing and you end up dealing with a lot of tire-kickers and bidders that make low-ball offers. You often won’t get a reasonable revenue multiple unless the right set of bidders are trying to purchase your site and every now and then the winner of the auction won’t even complete the purchase. Flippa also recently raised their prices, which wasn’t encouraging.

Instead, I decided to try to sell my website on the Empire Flippers Marketplace, which is run by Justin Cooke and Joe Magnotti. I have previously been a guest on Justin and Joe’s podcast and really like what they’re trying to do. They are building a premium marketplace that only sells established websites and avoids all of the usual drama that comes with trying to sell a website on Flippa. All websites on their marketplace sell for a 20x monthly revenue multiple, which is often better than what you would get on Flippa. Their fees are a little bit higher (15% commission vs 10% commission at Flippa), but it is well worth it. Their team deals with potential buyers and takes care of the purchase and site transfer process as well. Other than the initial listing submission for your website, it turns out to be a very hands-off process.

I initially listed my website toward the beginning of June on the Empire Flippers marketplace. I paid an up-front fee ($99.00 since I’m a repeat customer) to list the site on their marketplace. They asked for some basic information about the site, such as its history, web-traffic and revenue. They also requested traffic and income verification by providing access to Google Analytics for the site and screenshots from the ad-networks that the site ran. The review and approval process took a few days and the site was listed for sale on their marketplace.

After the site was listed, I would hear from their support team every few days with a status update. They would regularly ask me to give access to the site’s Google Analytics account to potential customers that were interested in the site. They also asked for updated revenue and traffic numbers after the site had been listed for a month. While the site had a lot of potential buyers looking at it, it took a bit longer to sell my website because it didn’t rely on Google search rankings as its primary traffic sources. Toward the end of July, there were a couple of serious potential buyers that took interest in the site. I ended up accepting an offer from one of them. The buyer wired the money to Empire Flippers for an escrow, their team moved the website to the buyer’s hosting accounts and sent me the funds (minus their commission) via PayPal.

The only thing that I didn’t like about selling through the Empire Flippers is that you don’t get much of a chance to explain to potential buyers how the website works up-front. The only description of the site is a brief summary that their team writes. Since the site I sold didn’t rely on Google search traffic like most sites on their marketplace, it would have been better for everyone involved in the process if I could have explained that up-front in the listing.

The final offer for the site from the buyer was $7,272.00. This wasn’t quite a 20x revenue multiple, but I think it was a fair offer for the site. Empire Flippers kept a 15% of the sale price for serving as the broker in the transaction, and I kept $6181.20 when all was said and done.