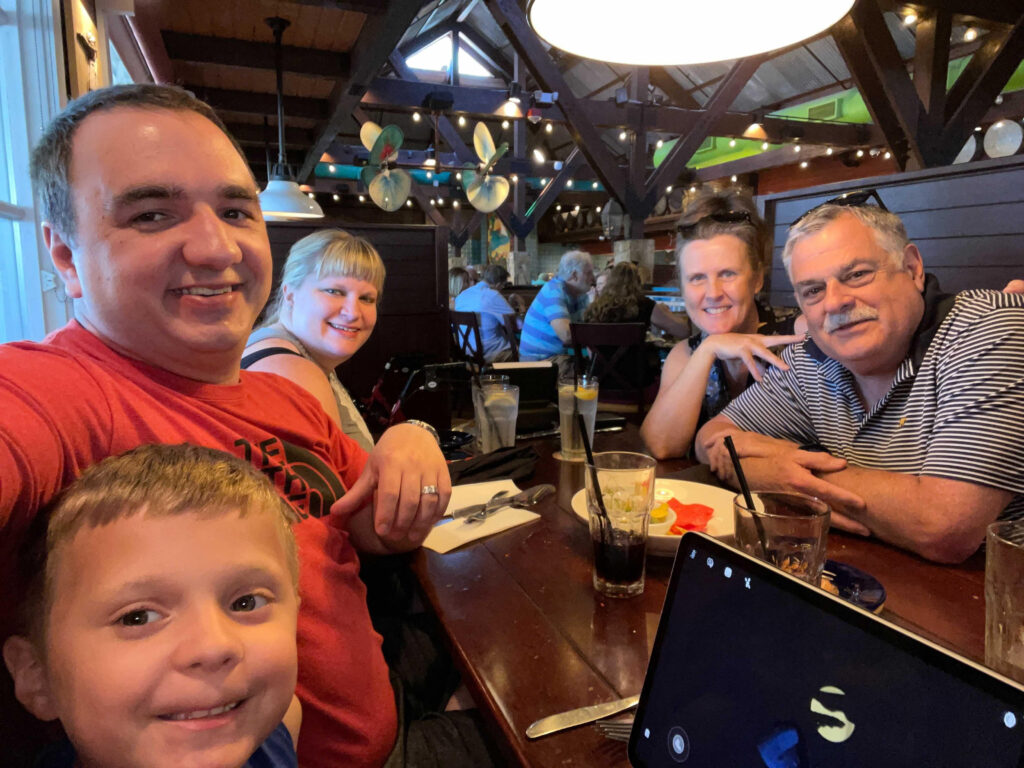 We have just eighteen summers with our children before they head off to college or into the working world. Over the course of a life, this is a small window to make memories with our little ones before they are not so little anymore. Summer 2020 was unique for many given that everyone’s schedules suddenly freed up and nobody had that much to do. Summer 2021 is unique in a different way, with many people looking to make up for lost time and do as much as they can before school starts up in the school.

For our family, Summer means travel, making memories, time in the pool, sleeping in, and a generally more relaxed schedule. With everyone else travelling and making the most of Summer, there are fewer demands on my time, and that has freed up my schedule as well. We have enjoyed having a bit of a break, but there is also still a lot going on both personally and professionally that’s worth sharing.

I like to write quarterly update posts like this because they serve as a form of a professional journal. They help me understand the various roles that I serve in, how they evolve over time, and how they play together into the tapestry that is my body of work. They are also a useful way to let my friends, family (Hi, mom and dad!), and business acquaintances know what I am currently working on. 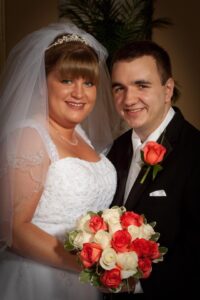 Karine and I celebrated our 10th wedding anniversary on June 18th. We celebrated by spending a week earlier in the month in Sanibel, FL, enjoying the beach and picking seashells. It’s amazing how much has changed in the last ten years: the loss of Karine’s father, the birth of our two children, a house move, Karine becoming a stay-at-home mom, the growth of MarketBeat, and recently the adoption of a new puppy. Karine and I could not be two more different people, with different hobbies, interests, and social inclinations. Yet, our marriage is as strong as it ever has been, and it is cemented by our shared faith in Jesus Christ. We hope to be an example for those around us that it is still possible to find the love of your life, work through every issue and hardship, and remain happily married after decades.

The Zeal Center for Entrepreneurship recently announced that it was changing its name to Startup Sioux Falls, a brand name that I first coined in 2017. Startup Sioux Falls also announced that it would be selling its facility and moving downtown sometime in 2022. The announcement marks a shift for the organization from being an accelerator facility where businesses office when they are first starting out to becoming an ecosystem organization, similar to Fargo’s Emerging Prairie.

These developments are absolutely the right move for the future of the startup community, and Brienne Maner and the team at Startup Sioux Falls deserve a lot of credit for recognizing the organization needed to evolve and being bold enough to make it happen. I also want to give a shoutout to Amy Moore at Lemonly who developed the new logo and branding for Startup Sioux Falls and Rebecca McKeever and Rebekah Van Maanen, who took the lead on the new Startup Sioux Falls website. Many people played a role in in the roll out of the new brand, and it was truly a team effort. We are actively looking at possible downtown locations, but don’t have a timeframe yet to make a final location decision.

Brienne and I had an opportunity to discuss Startup Sioux Falls at Downtown Rotary recently. You can view the video here:

While we look for a future home for Startup Sioux Falls, we continue to host monthly startup events and 1 Million Cups. July will feature a brewery month at 1 Million Cups, and we will be taking August off for our usual summer break. We held an office hours event and a morning marketing party event during the month of June. The second cohort of CO.STARTERS is wrapping up this month, which will be capped by a celebration event on July 13th. July and August tend to be slower months for startup community activity, but the pace of activity will pick-up again mid-September.

May and June have marked the first slowdown for MarketBeat in the last several years. Historically speaking, summer slumps are a pretty common occurrence for the financial publishing space. Last summer was a bit of an anomaly because fewer people took summer vacations, and there was increased attention on the stock market. Our numbers are down across the board 30% compared to the records we saw in February and March when interest peaked in Gamestop, AMC, and other securities that /r/WallStreetBets was fixated on. We currently don’t see any reason that business won’t pick up again in the fall, but our record revenue and traffic numbers are currently in the rear-view mirror.

Over the last year, we spent a lot of time optimizing our website and newsletter for clicks, conversions, and revenue. There was record traffic, and we were putting in time to make the best of it. This summer, we are taking a back-to-basics approach and working to improve our tools, our website, our technical infrastructure, and our overall user experience. When the next big market event occurs, we will be ready. One specific area of interest for us is social media and news sentiment. We are working to build tools that monitor the news and social media postings to identify the stocks that will be hot among retail investors before the masses are aware of them.

We also recently launched version 3.0 of the MarketBeat app, which was built from the ground up. We have some refinement to do before we start promoting it heavily, but it will be a significant part of our strategy for the rest of the year.

I believe we are going to see sustained inflation as the country moves out of COVID, primarily due to the unprecedented economic stimulus packages the government has enacted in the last year, as well as prolonged quantitative easing from the Federal Reserve. Real estate tends to do well during periods of inflation, which is why I am significantly increasing my commercial real estate holdings this year. Kevin Tupy and I closed on six Starbucks buildings this Spring (one in Fargo, one in Mitchell, one in Ankeny, and three in Sioux Falls). We think there is an opportunity to eventually roll our quick-service restaurant buildings into a publicly traded real-estate investment trust (REIT).

Cresten also has a variety of apartment complexes and mixed-use facilities under construction and in the late stages of pre-construction development. We expect to have the first units of the City’s Edge project on 69th and Southeastern available to rent by January and additional units at Edgewater Villas online early next year as well. Kevin, Erica, Kay, Kelly, and the team at Cresten have been fantastic to work with on these projects, and I am thrilled to call them business partners. Beyond that, we have several new multi-family projects in the works which will be in the news later in the year.

I am actively considering other opportunities to expand seed-stage capital in South Dakota. My first thought was to create a pre-seed fund that would write the first $25,000 checks into company, but after doing some research and chatting with other executives in the private equity space, there is just no way to make it work without losing a ton of money. The other opportunity I am evaluating is a larger early-stage venture capital fund that uses a GP/LP model, but the concept and plan is still in development. 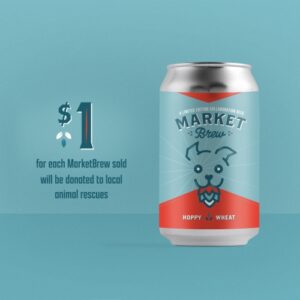 Just after the MarketBeat Burger finished up, we decided to launch a charity beer called MarketBrew. We had a lot of fun doing it, made a cool commercial, and ended up donating $25,000 to two local animal rescues. We are happy with how everything turned out, but we also put a lot of time and attention into making it happen. If I am honest with myself, it distracted us from working on our core business. Our future collaborative projects will probably need to lean a little bit less on our team and more on our community partners.

We were also a major part of this year’s Independence Day community fireworks show at the fairgrounds. I helped John and Heidi Small launch a new non-profit called Sioux Falls Fireworks & Community Events, which will handle the operations of the event moving forward. MarketBeat was also a major sponsor of the event. Later in the year, we plan on doing something to promote downtown businesses tied into Small Business Saturday. We are still working on the details of that project and hope to have something to announce early in the fall.

Our church on the west-side of Sioux Falls is in the midst of construction. After working out a new lease with our landlord last fall, Peska Construction has started work on the expansion of our facility located at 26th and Tea-Ellis. We are growing from 6,000 square feet to just over 13,000 square feet. The expansion will allow us to have Sunday School each week and accommodate more people in our worship services. We expect to be in our new worship center later this summer, with full construction wrapping up in October. When the expansion is complete, we have a new 7-year lease on our facility. My hope is that we can use that time to identify our distinctives as a church, build out our campus leadership team, and move into a facility that we own at the end of that time period.

That covers pretty much everything I have been working on personally and professionally lately. With two young children at home, a growing business, and a growing role in the community, it is going to continue to be a busy season of life. I would not have it any other way.