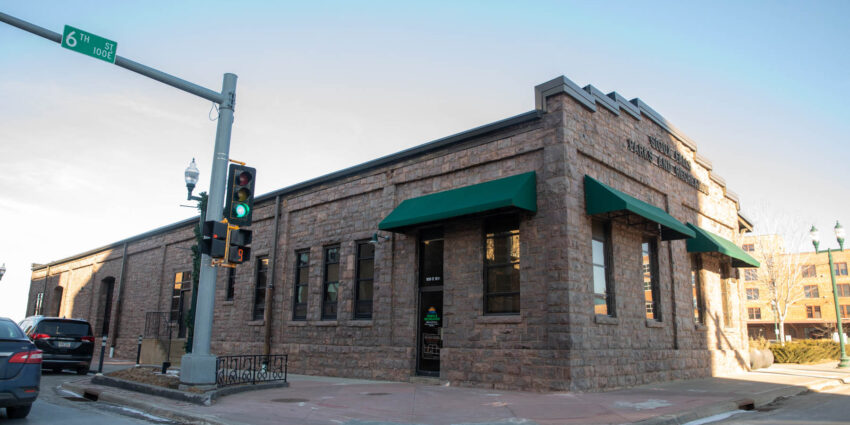 Over the past few years, it has become apparent that Sioux Falls needs to rethink how it serves startup businesses if we are to be successful as a state that fosters entrepreneurship.

The legacy model of business incubation in a dedicated startup facility simply will not work in an era marked by remote work, ubiquitous internet and cloud computing. We instead need to create a customizable menu of entrepreneurial support services that meet founders where they are at.

The next chapter of Sioux Falls’ startup ecosystem will be marked by mentorship, accelerator programs, increased access to venture capital and a more cohesive startup community. These efforts will be channeled through a startup ecosystem organization dedicated to serving small-business owners and startup founders: Startup Sioux Falls.

2021 offered the first glimpse of what the future of Startup Sioux Falls looks like:

From its inception, Startup Sioux Falls has been supported as a public-private partnership, with investment from state and local government, the Sioux Falls Development Foundation, Greater Sioux Falls Chamber of Commerce, corporate sponsors and individual entrepreneur members.

This means Startup Sioux Falls will be discontinuing its legacy model of business incubation at the Zeal Center for Entrepreneurship and relocating to a smaller and more nimble facility so the staff can focus on meeting the needs of today’s entrepreneur.

Earlier this week, the Sioux Falls City Council approved a deal that will allow Startup Sioux Falls to move into the former Parks and Recreation Department building at Sixth Street and Phillips Avenue. The agreement provides a 10-year lease for Startup Sioux Falls at the rate of $1 per year. The space will be completely renovated at Startup Sioux Falls’ expense, creating offices for its staff, a modern co-working space and an event space for startup community events. This move will place the center of activity for new business formation directly in the heart of downtown.

While the Zeal Center has served its purpose over the years, its location was always a challenge. Not many entrepreneurs wanted to work on the edge of town with limited access to restaurants, coffee shops and other essential services. It is also a large facility at 45,000 square feet, making it difficult to fill with startup business tenants. To backfill rental income, Zeal often would rent to nonstartup tenants and effectively became a multitenant office building. The facility required a substantial amount of staff time and energy to maintain and operate. Moving downtown will free up staff time to focus on creating resources and services that serve new business owners and will encourage more entrepreneurs to connect in a place that’s accessible to them.

This move is also years in the making. As far back as 2015, there was a vision to create satellite locations for Zeal downtown and at the USD Discovery District. In 2017, Zeal’s board completed a feasibility study about moving downtown. In 2018, I advocated that Sioux Falls create a startup ecosystem downtown. In 2021, the board’s strategic plan focused heavily on relocating into the heart of the city. While there was always broad support for a downtown move, Zeal effectively was tied to its current space because of a 2007 U.S. Economic Development Association grant that would have to be repaid if Zeal moved before 2022.

Knowing that grant requirements are set to expire this year, the Startup Sioux Falls board began considering different paths forward about a year ago. The board came up with a solid plan that meets the needs of today’s entrepreneurs and provides flexibility for the organization as the needs of the startup founder change in the future. There also are plans in the works to repurpose the existing Zeal Center for the benefit of the community.

Startup Sioux Falls’ move downtown is an important and exciting milestone for the community’s startup ecosystem. It completes Zeal’s transition from being a traditional business incubation facility to becoming a startup ecosystem organization. It frees up resources and creates a platform that will enable Sioux Falls to launch future startup initiatives, such as a code school and a later-stage startup accelerator. Most importantly, it allows Startup Sioux Falls to meet entrepreneurs where they are at and provide them services regardless of their business stage or their physical location.