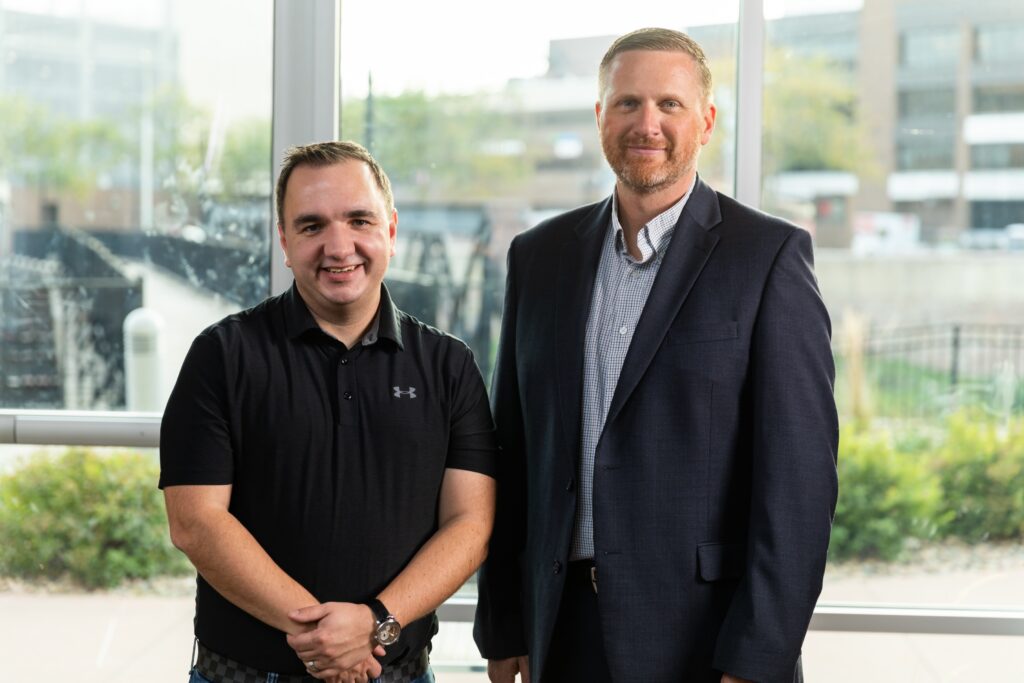 Eight years ago, I made my first angel investment in a company called Tradesy via Tim Ferris’s AngelList syndicate. Within a matter of months, I made several more investments in startup companies via AngelList. I also made a couple of angel investments directly in local companies. I didn’t know what I was doing at the time and many of those investments went to zero, but the goal was to learn everything I could about angel investing and not necessarily to earn a big ROI on my first deals. Fortunately, one of my early investments, Density, has done extremely well and will make up for a lot of the early mistakes that I made.

From AngelList to Falls Angel Fund

Fast forward two years to 2016, and I had the opportunity to take a leading role with Falls Angel Fund, a member-managed angel investment fund that raised $1.35 million to invest in early-stage, high-growth companies in South Dakota and surrounding states. Other fund members were happy to let me take the leading role with the fund because it meant that they wouldn’t have to do the work. It provided a great opportunity to learn what makes startup companies successful, how to structure private equity investments, and how to manage a fund comprised of high-net-worth individuals.

We learned many lessons from Falls Angel Fund 1, such as not doing a marginal deal just because it’s local or because you have a relationship with the founders. We also learned that fund members may not want to put much (if any) due diligence in an investment when they may only have $5,000 of their own money in the deal. We learned that a member-managed structure has some challenges, because everyone has an equal vote regardless of their experience level or knowledge about a particular startup. Fortunately, we found some great companies to invest in, including Bushel, Query.AI, and WalkWise. Those deals have resulted in a very positive internal rate of return (IRR) for Falls Angel Fund 1, and when the fund eventually closes, I think our fund members will be happy with their return on investment.

During the last five years we have been operating Falls Angel Fund, one of the biggest challenges we had was that there was no place to send people for follow-on capital. If a company raised $250,000 from the angel-fund network and hit all their growth milestones, we don’t have many local firms to send them to for a $1-$1.5 million round because many of the local venture capital firms have either limited their focus or are no longer making new investments. At the same time, both the quality and quantity of deal flow from North Dakota and South Dakota that is landing in my inbox has increased. This led me to believe there was an opportunity to launch a next-generation venture capital firm in our region.

Last March, I wrote a blog post titled The Future of Seed-Stage Startup Capital in the Dakota’s. This post led to a conversation with Tim Weelborg, who was previously the Executive Director of The Enterprise Institute. Tim had similar aspirations to create a new venture capital effort in the state. We quickly realized that it made sense to work together because of our shared future vision and complementary skillsets. We batted around several ideas over the course of the spring, but ultimately landed on creating a later-stage venture capital fund that would invest in high-growth technology companies in the Northern Plains.

We think we are the right partners to pursue such an opportunity because of Tim’s 20 years of experience running South Dakota’s angel fund network. He has excellent organizational skills, state-wide relationships, and knows the regional venture scene inside and out. My ability to raise and invest capital, my experience with Falls Angel Fund, and my role as a regional startup community leader has been helpful as well. Tim is running our day-to-day operations out of our office in Brookings. I plan on putting 5-10 hours per week into the venture firm, with the majority of that time going to identifying and evaluating potential fund investments. We plan on developing a presence in North Dakota over time as well.

Our new venture fund will be called Homegrown Capital, to highlight that we are investing capital from the region into technology startups in the region. We are specifically interested in startups working on financial technology (fintech), agricultural technology (ag. tech), and business-to-business (B2B) Software. We plan to invest $500,000 to $1.5 million in each deal and create special purpose vehicles (SPVs) for follow-on rounds as those opportunities arise. Homegrown Capital will invest in companies that have made it past the proof-of-concept stage, have a few early customers, and have a plan to utilize outside capital to accelerate growth. We have also organized an advisory committee consisting of regional startup leaders and executives that will help us identify and evaluate deal-flow in the region.

This is burying the lead, but we have already raised $17.2 million to launch our first fund from individual investors, several area banks, and 50 South Capital. We have completed our fundraising and are not seeking additional investor capital for our first fund. While raising $17 million over the course of several months is a major accomplishment, it is really the starting line for our fledgling venture capital firm. We now have the much harder task of deploying that capital into startup technology companies in the region and creating a positive return for our investors. We are excited to have the opportunity to prove ourselves.