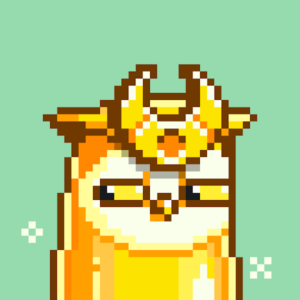 I received a text from my friend John. “Have you minted your Moonbird yet?” My first thought was, “What’s a Moonbird?” I quickly learned that Moonbirds are an NFT project from the Proof Collective and as a holder of a Proof Collective pass, I could mint (create) a Moonbird NFT before everyone else. This was a big deal because the demand almost always outstrips supply on hot NFT projects, pushing up resale prices after the mint happens. I logged into the Moonbirds website, connected my Ethereum wallet with Metamask, and minted my two free Moonbirds.

Each Moonbird NFT has unique characteristics (background colors, body color, eye shape, headwear, etc.) and some of those characteristics are rarer than others. One of the Moonbirds that I minted ended up having a golden body and “Legendary Professor” feathers, making it the 32nd rarest Moonbird that was minted (out of 10,000). Offers to purchase my golden Moonbird started coming in immediately. 20 Ethereum. 44 Ethereum. 61.89 Ethereum. 75 Ethereum. And finally, 100 Ethereum. Someone was offering me $300,000 for a digital picture of a bird that I got for free. You could buy a Lamborghini for that amount of money. Wild!

Let’s back up a little bit.

Last summer, I began hearing about non-fungible tokens (NFTs) on Twitter and on the Modern Finance podcast. NFTs are essentially digital tokens that live on the blockchain which provide proof of ownership of something. Cryptopunks and Bored Ape Yacht Club made headlines as the first projects with tokens selling for six and seven figures. For the first few months, I dismissed the trend of NFTs as a bunch of speculators trying to get rich off crypto projects. Then I started to see some smart people that I knew experiment with NFTs and pouring thousands of dollars into various NFT projects.

Over my Thanksgiving break, I decided to learn everything there was to know about NFTs at the time. I learned about the protocols that allow NFTs to be traded, the platforms that people use to buy and sell NFTs, and the most popular NFT projects of the time. I also setup a MetaMask wallet, transferred some Ethereum into it, and bought an NFT of a watch. Within days, I bought a VeeFriend on the recommendation of Joe Bartmann for 15 Ethereum (which I later flipped). I was intrigued to say the least.

After the holiday weekend came and went, I realized that trading NFTs requires constant attention and a ton of research to get in on the best projects before they blow up. I knew I personally didn’t have time to jump down the NFT rabbit hole daily, but Joe was already deep in the NFT rabbit hole. We worked out an agreement that I would put up 150 Ethereum in a wallet for him to trade with, in exchange for 20% of the profit generated from trading.  Since then, we got in on a few projects early, including CloneX, Grails, Moonbirds, Proof Collective, and World of Women. Joe has skillfully traded in and out of various NFT projects and generated us a healthy profit. It’s hard to tell exactly what the portfolio is worth, but we think it’s worth around 350 Ethereum right now. 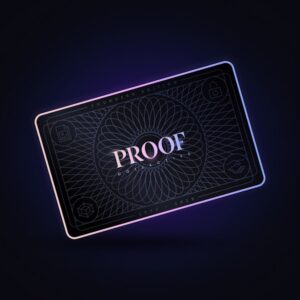 The biggest win in the portfolio was purchasing a Proof Collective NFT immediately after the mint for about 2 Ethereum. I knew that Kevin Rose had a unique take on NFTs after listening to his podcast and had done very well investing in Solana after hearing about it early last year on his podcast. The Proof NFT has since shot-up to 75-90 Ethereum depending on the day and has allowed me to mint both Grails NFTs and Moonbirds NFTs for free. I haven’t sold my Moonbird because I think there is still upside on the project because of the roadmap that the Proof team has discussed.

Will NFTs be the future of ownership? I have no idea. Will most NFT projects go to zero after a couple of years? Most likely. Is there a speculative bubble in NFTs? Almost certainly. Will NFTs ever come back after the bubble pops? I think so. Is there a near-term opportunity to trade NFTs for profit? We’ve clearly demonstrated that’s the case. The key will be to take out our cost basis in Ethereum before there is a major correction.

Here are my key observations on NFTs today: