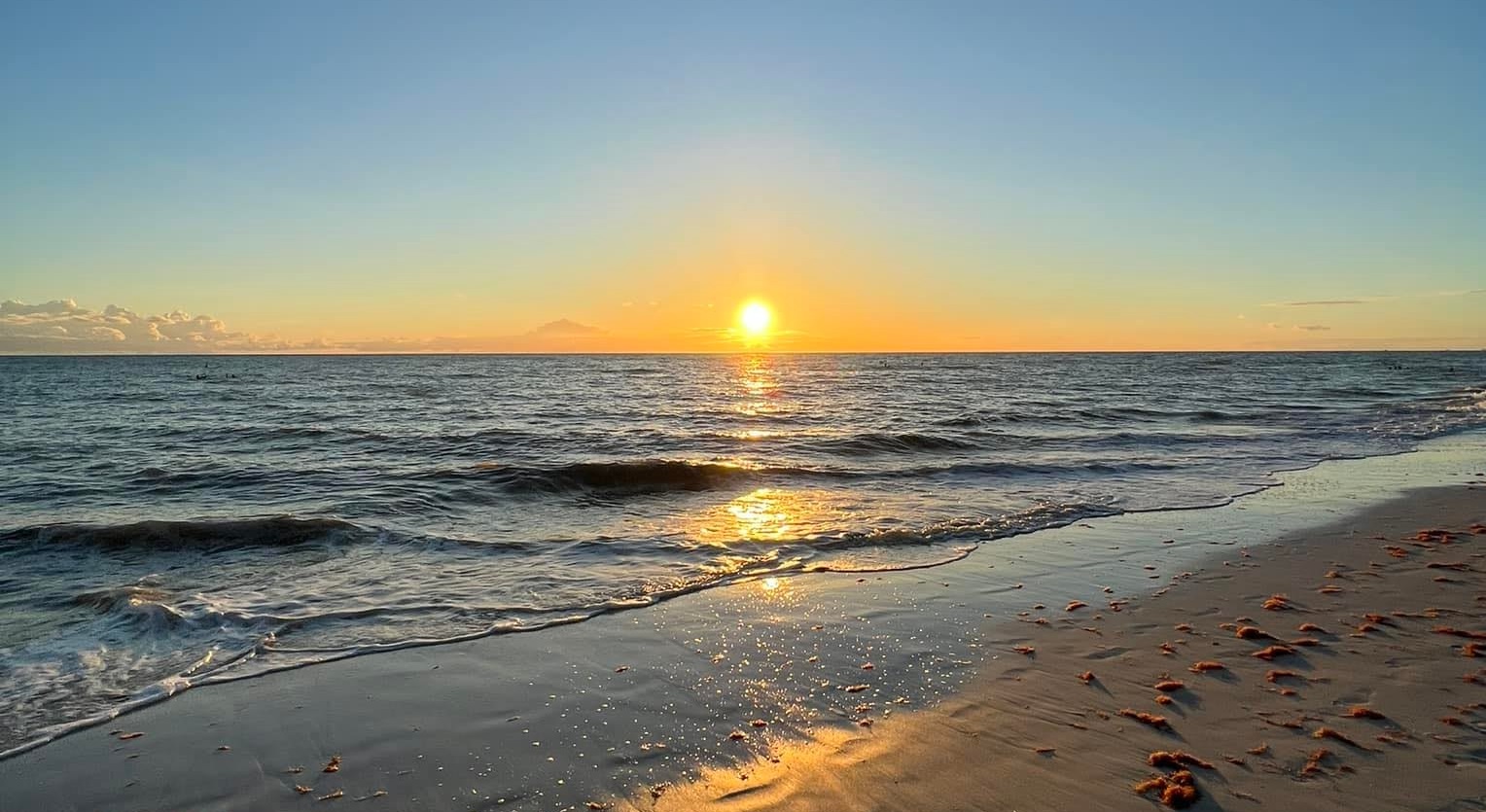 Summer 2022 has been marked by travel, writing, church activities, and focusing on my work at MarketBeat. It has also felt like a time of preparation for the pending transitions that will be happening both personally and professional in the next year. Both of my children will be in elementary school in the fall. Several of my non-profit volunteer roles are terming out in the next year. MarketBeat’s team will likely continue to grow, despite short-term headwinds from the stock market. I don’t know exactly what my future professional focus will be in the next 12-24 months, but it feels appropriate to create some space and margin in my life so that I can be open to new possibilities.

We’ll see where things go from here, but in the meantime, here is my quarterly update for the third quarter of 2022. These quarterly update posts serve as a form of professional journal. They help me understand the various roles that I serve in, how they evolve over time, and how they play together into the tapestry that is my body of work. They are also a useful way to let my friends, family (Hi, mom and dad!), and business acquaintances know what I am currently working on.

Between conferences and family travel, I often “peace out” of South Dakota for the first couple of weeks of June. This year has been no exception. I had the privilege of attending Capital Camp, an event for venture capitalists and other capital allocators, in Columbia, MO at the end of May. Karine and I spent five days in Naples, FL the following week. We stayed at the Ritz Carlton there and had an outstanding time hanging out on the beach. I listened to the audiobook Hail Mary by Andy Weir while on vacation. We also traveled to Sullivan, WI for a weekend to celebrate our niece Denalyn’s graduation. Finally, I traveled to Orlando with several MarketBeat team members to attend Financial Marketing Summit. This is an event where we meet with all our key advertisers and develop plans for the following year. 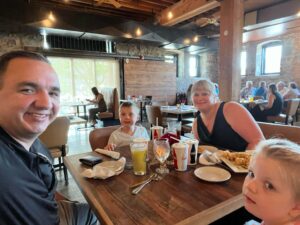 Karine and I recently celebrated our 11th wedding anniversary. We plan on taking the kids on a family vacation later in the summer but haven’t decided on a destination yet. I will also be travelling up to Fargo in July to speak at one of their entrepreneurship events. We don’t have many plans for the remainder of the summer, but we’re trying to make the most of it because this is our final summer before we have two kids in school full-time. Karine has been doing summer schoolwork with both Micah and Ady, meanwhile I’ve been taking them to do as many fun activities as I can think of on evenings and weekends. They are fans of Sky Zone, Thunder Road, Sertoma Park, the Kirby Science Museum, and the Mall Food Court.

Earlier this year I started working on a new edition of my best-selling email marketing book, Email Marketing Demystified. The book was first published in 2015 and updated in 2019. I decided to publish a third edition of the book because privacy initiatives, such as Apple’s Mail Privacy Protection and the California Consumer Privacy Act, have really changed the game for email marketers. I want Email Marketing Demystified to be a living resource that is periodically updated so that marketers always have access to an up-to-date primer on email marketing. The new edition contains the latest email marketing best practices, new tool recommendations, and the latest tactics that we have implemented at MarketBeat. The manuscript for the third edition has been written and is currently being edited and formatted for publication later this year (likely October).

I have been running MattPaulson.com as my personal website since 2003. The last major redesign happened in 2013 after I stopped doing freelance web design work for clients. While I post new content to it about once per month, its design has largely been unchanged for the last decade because it was a design that worked and didn’t feel broken. I decided to redesign the site because (A) the WordPress theme I was using is no longer supported and receiving security updates (B) the site was really starting to look dated and (C) I’m going to start focusing more on my personal brand again. As I step back from day-to-day leadership of Sioux Falls’ startup community and as my kids are getting older, I’m finding myself with a bit more free time than I used to have. This means I will have more time for writing and other personal brand projects.

MarketBeat continues to face economic headwinds with the stock market seeing major declines year-to-date. During market corrections, retail investors pay less attention to their stock portfolios and trade less often. This means that investors aren’t using sites like MarketBeat as often as they might during a bull market. While traffic is noticeably down year-over-year, we have gotten much better at maximizing revenue from our ad inventory. I’m currently forecasting that our top-line revenue will decline by 15%-20% in 2022 compared to 2021. We are hearing some of our industry partners being down 35-40% compared to 2021. While this isn’t ideal, MarketBeat remains a highly profitable business and won’t have to make any meaningful budget cuts.

In terms of projects, we have been working on building out our dividend investing website, DividendStocks.com. We have a new version of our mobile app under development as well. We don’t plan on taking on any major new projects during the second half of the year, but plan on making several significant improvements to the tools and content on MarketBeat.com. Most notably we will be revamping our company profile and cryptocurrency profile pages. We are aggressively trying to improve our search engine optimization (SEO) game as our site has seen a significant decline in traffic from Google in the last year.

Overall, I remain bullish on MarketBeat’s long-term prospects. We get better at our craft every year and will be well positioned to take advantage of the next bull market.

Homegrown Capital, a $17.2 million venture capital fund that Tim Weelborg and I launched earlier this year, made its first investment and is actively eyeing a second. Unfortunately, I am not yet able to announce our first investment because the company has not yet publicly announced their fundraising round yet.

My real estate portfolio continues to grow as well. We (Cresten Properties) recently closed on financing for a new apartment project at 85th and Brett in southwest Sioux Falls. This project will be a 130-unit center-load apartment complex. We currently have seven apartment complexes, two strip malls, and two standalone Starbucks locations under construction. We recently saw the completion of one apartment project called Edgewater III and a Starbucks location at 41st and Tea-Ellis road in Sioux Falls. We are fortunate to have recently locked in long-term financing on many of our projects, which will soften the impact of rising interest rates. However, we are not immune to rising construction costs, labor shortages, and rising interest rates. We fully expect to see a significant slowdown in new development as it becomes harder and harder to find projects that make sense on paper. 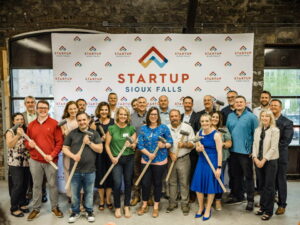 MarketBeat is making a $1 million donation to Startup Sioux Falls to cover the remodeling costs of its new downtown facility located at 6th Street and Philips Avenue. MarketBeat received naming rights to the event space in the building, which will be known as the MarketBeat Theater. Additionally, the largest conference room in the space will be known as the Homegrown Capital Room. It took several months to draft a gift agreement and get it signed off by all applicable parties, but everything has since been hammered out. 70% of the funds were distributed up-front to cover construction costs and the remaining 30% will be distributed over the next four years to help with operating costs. So far, the building has been completely gutted. There was some asbestos insulation that had to be removed, but the city graciously agreed to cover that cost and provide a new exterior deck for the building. Construction will take the remainder of the fall and founders will be able to utilize the space beginning early next year.

MarketBeat is working on several other philanthropic efforts as well. We were a major sponsor of this year’s community fireworks show put on by John Small and the team at Sunny Radio. We sponsored the Sioux Falls Leadership Summit that occurred on June 15th. We were an annual sponsor of Sioux Falls’ Juneteenth celebration. We made a significant contribution to the new Furniture Mission building located on the Empower Campus and one of the larger rooms in the facility will be named in honor of MarketBeat. We are working on bringing back the MarketBeat Holiday Plaza for a second year with new elements. We are in early discussions about a big project that we could take on next year for the benefit of children in our community, but it’s too early to discuss details.

My church has had some important developments during the last quarter. Our elders have determined that our church’s west campus should become a standalone church over the next two years. This means we will be adopting a new name, setting up a new legal entity, creating a new website, and bringing on additional staff. What won’t change is our church’s commitment to communicate the gospel plainly and clearly to all who gather on Sunday morning. On Easter Sunday, our pastor announced that the name of the new church will be Risen Hope Baptist Church. We also recently hired a new associate pastor of discipleship who will be helping with Sunday school, small groups, and other discipleship initiatives.

My role at Faith Baptist West continues to evolve as well. I continue to serve as the church treasurer for both campuses but hope to recruit and train a new treasurer that can be the treasurer for the south campus after the two churches separate at the end of 2023. With the launch of the new websites for both campuses (churches?), I will no longer be maintaining a church website for the first time in several years. Karine continues to serve as the west campus’s church decorating committee. She has also agreed to take the lead on putting together a children’s Christmas program this year.

This covers all the major developments for the last quarter that I can think of. Stay tuned for more updates next quarter.