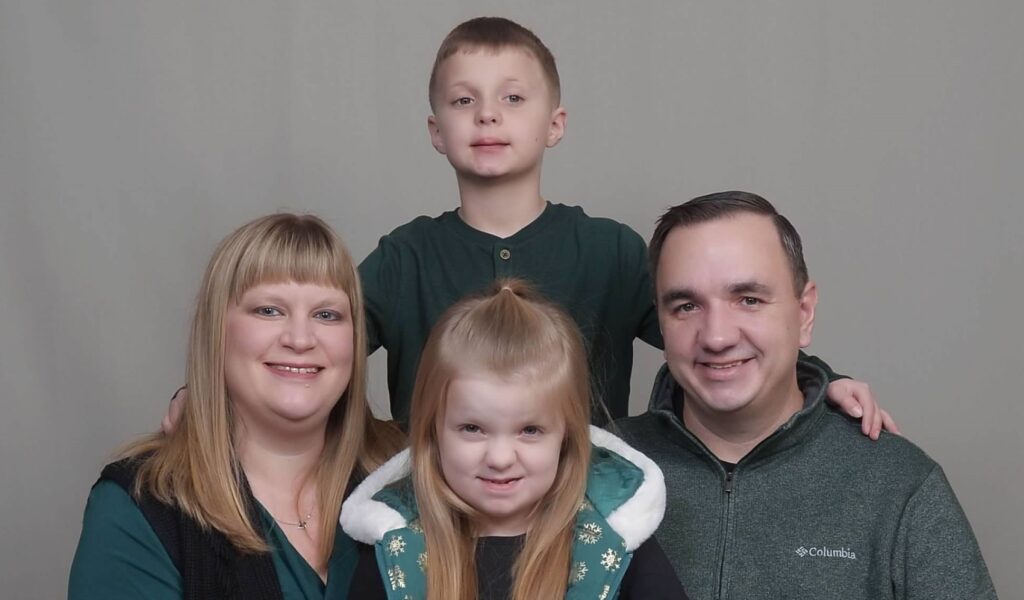 2023 marks the fifth anniversary of publishing quarterly updates on my blog. These updates serve as a tool to provide updates about my family, my businesses, and the community initiatives that I support. Many friends, family members, and online followers have told me they really enjoy reading these updates, and I plan to continue publishing them for the foreseeable future. This quarterly update is focused on highlighting my personal and business priorities for 2023.

One of my long-term goals is to become a top-five business leader in Sioux Falls. As someone capable of doing a lot of good for their community, I want to position myself as both a thought leader and a community leader who gets things done. One way that I plan on continuing to move in this direction is through public speaking at local business events, with a focus on making Sioux Falls a better place and fostering business growth.

My next speaking engagement will be a lightning talk about email marketing at TrenDigital in February. MarketBeat is also co-hosting an invite only event for CEOs in partnership with SiouxFalls.Business that will happen later this Spring. I plan to have a presence at Innovation Expo again in the fall. I have also been invited to be a keynote speaker at a local conference that will have an audience of 500 people, but the organization putting on the event has not yet officially announced their speaker line-up.

In addition to public speaking, I have a renewed interest in updating my existing books and publishing new books. Last fall, I released the third edition of Email Marketing Demystified. Many people aren’t aware that I have published 8 books on a variety of personal finance, investing, and entrepreneurship topics. My next project is most likely to update the book Online Business from Scratch, which is my second best-selling book after Email Marketing Demystified. I haven’t firmly decided on which book project I want to pursue next, but there’s a strong possibility that I will do another book project in 2023.

Micah and I were able to go to a Vikings game in December thanks to an invitation from our good friend Kevin Tupy. Micah and I also have plans to attend the WWE Royal Rumble in San Antonio later this month. I have gotten back into following professional wrestling in the last couple of years after attending WWE Summer Slam 2021. Our family plans on taking a trip over President’s Day weekend, but we have not decided where we are going yet. I have several conferences to choose from later in April. Karine and I will also likely head down to Florida (hopefully with no kids) after school gets out for the summer. 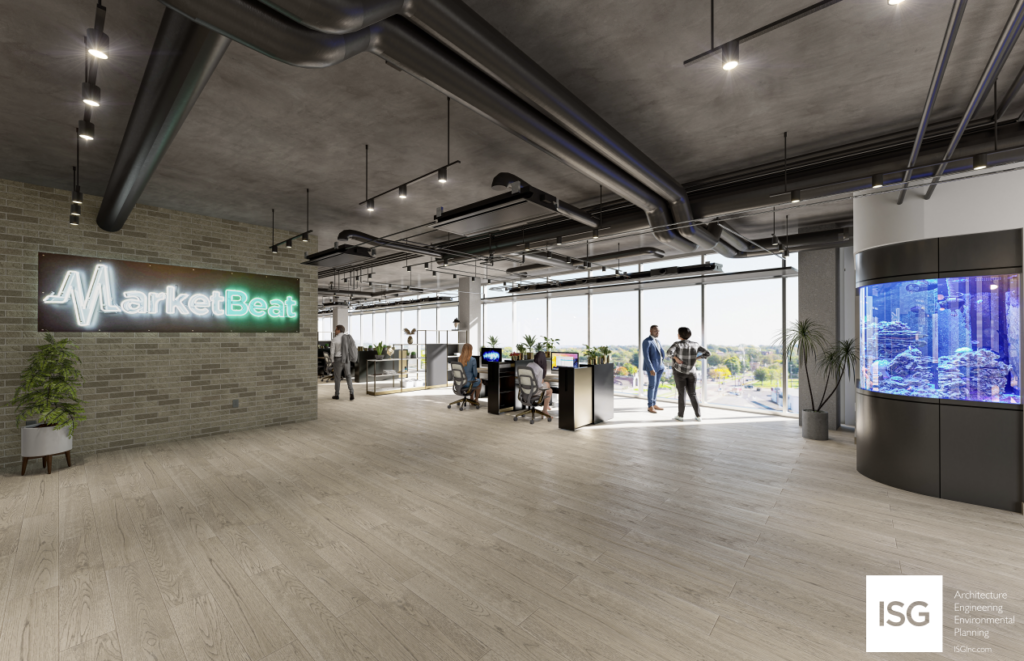 For the last eighteen months, MarketBeat has been planning a new office on the 6th floor of the Cherapa II building in downtown Sioux Falls. We love our current office, but it’s too small, lacks meeting space, and the building we are in is not maintained as well as it could be. Our new office will be more than 9,000 square feet in size, feature 8 private offices, 3 meeting rooms, large open work areas, a kitchen, a beverage bar, a gym, our fish tank, a mother’s room, private bathrooms, and a few other surprises we aren’t ready to talk about yet. We are currently expecting to move into our new office in October. While we have been working on our office project for more than a year, it’s finally starting to feel real now that we have renderings and are picking out furniture and finishings.

What’s more important than the office itself is the message that it sends to our employees, our partners, and others in the community. It demonstrates that MarketBeat is my primary business priority and that I plan on owning it and growing it for many years to come. MarketBeat is not for sale. It is my platform to create wealth and do good in the world and it will be for a long time. It also shows that MarketBeat is deeply invested in the Sioux Falls community and that we want to grow our business here in South Dakota. We won’t be opening an office in Baltimore, South Florida, or other financial publishing hotspots.

We’re really excited to make our office move and will certainly have an open house when it opens. 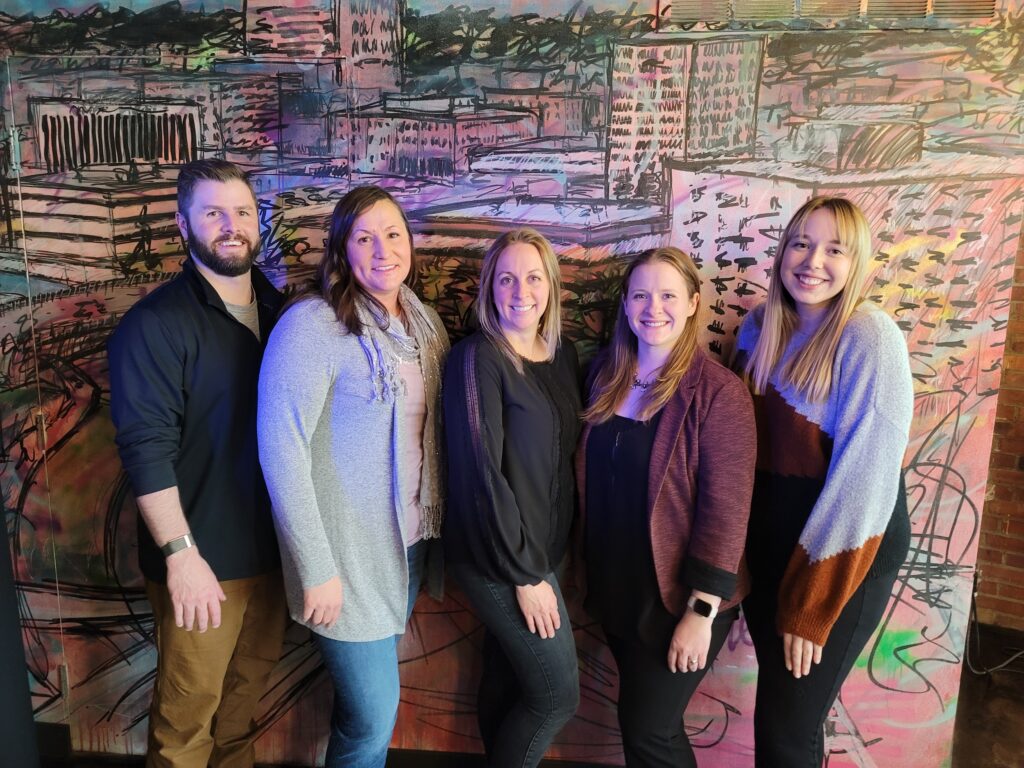 MarketBeat has launched a new philanthropy committee to review the 50-100 requests for donations that come in each year to the company. The committee is comprised of 5 MarketBeat employees who will review sponsorship and contribution requests once per quarter and evaluate them according to a rubric that our team has developed. I am not on the committee. The aim of the committee is to establish a clear process for non-profits to get on MarketBeat’s radar while also limiting the number of inbound requests that I deal with personally. We worked with Cindy Peterson and the team at Maximizing Excellence to develop this process and are thrilled with the result. You can learn more about our philanthropy process here.

Investing in Our Team

One of my priorities for MarketBeat next year is to invest in the professional development of my team members and provide them with more regular feedback about their work. Will (MarketBeat’s COO) and I had year-end conversations with all our employees about their personal and professional goals. The conversations were enlightening. We heard repeatedly from our employees that they want to do more and be more, both personally and professionally. They want to take on more responsibility, learn new skills, get more involved in the community, and achieve their personal goals.

I plan to do sit downs with each employee 3-4 times per year to check in with them, ask how things are going at work, provide them feedback, and encourage them to continue to invest in themselves. We also plan on providing the opportunity for each of our employees to go to a national conference related to their field of work. We will send our employees to several local conferences, such as TrenDigital and the YPN Crossroads Summit. We are also planning on connecting a couple of our employees with specialized professional training to help them grow into roles that they want to take on in the months and years to come.

Celebrating One Year of Homegrown Capital

February will mark the one-year anniversary of the launch of Homegrown Capital Fund 1. Since then, Tim and I (but mostly Tim) have travelled around the region looking for the Northern Plains’ next hot technology company. We have invested in a total of three companies, including Soiltech Wireless, Prosper Stack, and Pitchly. We led both the Soiltech Wireless and Pitchly deals. I joined Pitchly’s board as well. Overall, we were pleasantly surprised with how much good deal flow is available I the region. We have made a lot of interesting connections and have a much better understanding of the venture ecosystem in the Midwest.

Over the next year, our focus will be on effectively deploying the capital from our first fund. The reality is that we really need to “nail it” with our investment performance, otherwise we won’t have the opportunity to do a second fund a couple of years down the road. We have thought about add-on funds and investment opportunities but haven’t identified anything that we think is worth pulling the trigger on. 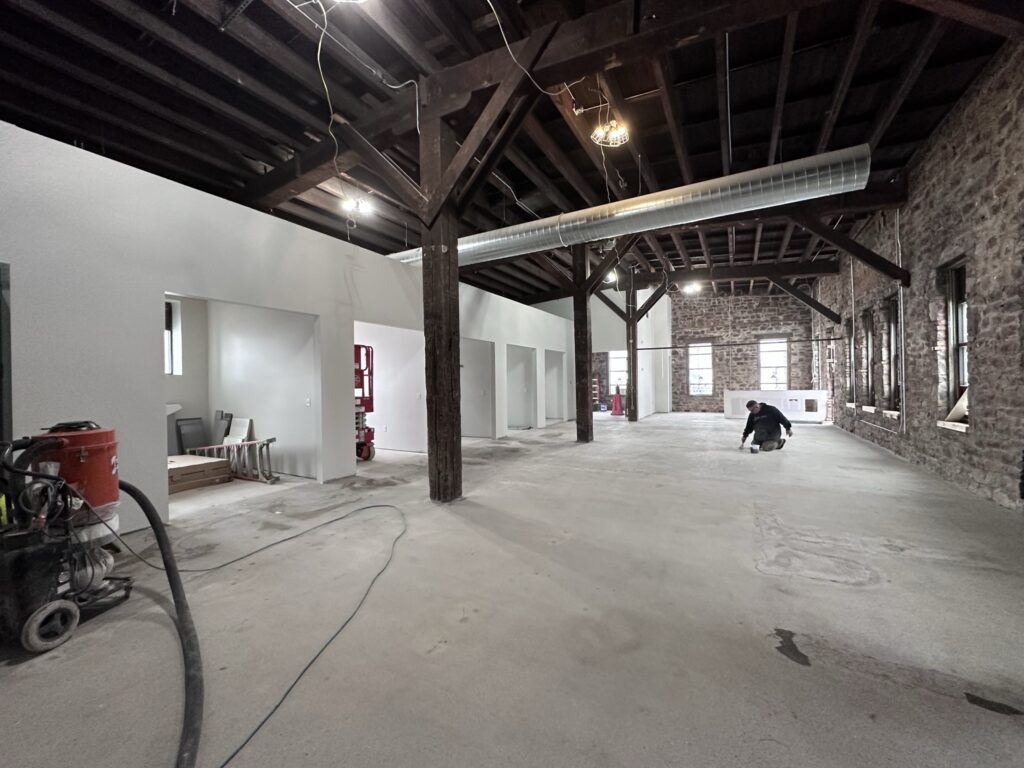 Startup Sioux Falls coworking space as it was under construction in early December.

Startup Sioux Falls, the startup ecosystem organization that I founded in 2019 that later merged with the Zeal Center for Entrepreneurship, will be opening its new downtown space later this month (or in early February). The new space will serve as a coworking space, event space, and a center of entrepreneurial activity for new business owners. It will be a much different space than the Zeal Center for Entrepreneurship was, but it’s the right space for the needs of the startup community today. This project has been a major undertaking and frankly, it’s a miracle that it happened. I want to publicly thank Bob Mundt (President of the Sioux Falls Area Development Foundation), Mayor Paul TenHaken, Councilor Alex Jensen, Brienne Maner (Startup Sioux Falls President), and Sara Lum (Startup Sioux Falls Vice President) for working together to make this project a reality.

My role with Startup Sioux Falls continues to evolve as well. I am five years into a six-year board term. My initial work with the organization was re-imaging what a startup ecosystem organization should look like in our community, building an online community of startup founders, and planning weekly and monthly networking and education events for founders to attend. In my final year as a board member, my work will be focused on the successful launch of the new space, updating our governance documents and legal structure, and being a community advocate for the organization. I’m incredibly proud of what our board and what the Startup Sioux Falls staff has accomplished in the last four years, but it hasn’t been without stress and sacrifice. I look forward to finishing my board term well and finding new ways to positively impact the Sioux Falls community.

That’s the end of this quarterly update. If you haven’t yet grabbed a copy of the new edition of Email Marketing Demystified, consider getting a print or digital copy here. 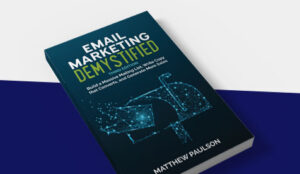