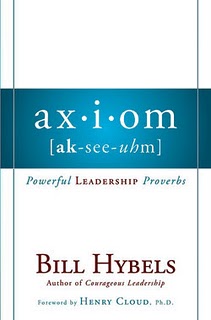 Perhaps one of the greatest mistakes that people of my generation, including myself, make is that we fail to learn from the experiences of those that came before us. We believe that we can tackle just about any situation ourselves without any outside help or wisdom. As a result, we make the mistakes made by our forbearers that could have easily been avoided.

During the last couple of years, I’ve started to reform my behavior and ask those who are more experienced around me what I need to know before doing something. When I was engaged to my wife Karine, I asked a number of people who had been married for 20, 30 and even 40 years about how they had built a successful and lasting marriage.  The advice I received was far more valuable than anything that I learned in our premarital counseling class.

I’m also working to apply this principal as I serve in the church and in Christian life. God has called me to serve in the local church, particularly in providing administrative and financial expertise. I know that I’m not the first leader in any role that I take on and there’s much to learn from those that came before me. When I was asked to be a trustee, I asked a number of current and former trustees what the job entailed and what it took to be successful.

From a broader perspective, we have the opportunity to learn from high-profile Christian leaders at a distance through the books, podcasts and other media they publish. Bill Hybels and Andy Stanley are probably the two Christian leaders that I’ve gotten the most value from. I listen to Andy Stanley’s sermons on a weekly basis and have enjoyed the Leadership Summit put on by Bill Hybels’ church.

Hybels recently leveraged all of the leadership wisdom he had gained through his experiences pastoring at Willow Creek and created a modern day book of proverbs for Christian leaders, called Axiom. The book is a series of short stories, each which represents a leadership principle that he believes in.

Here are a few of the “axioms” that I found particularly helpful:

“Help Me Understand” – We should give people the benefit of the doubt. If someone does something that’s blatantly out of line, don’t start immediately accosting them. Instead, ask, help me understand why you did what you did? The person will either have a perfectly good explanation for their actions or recognize their fault.

“Speed of the Leader, Speed of the Team” – As a leader, you cannot expect that your helpers, volunteers and subordinates will work any harder than you will. If you place a heavy burden on those under you,  you should place a heavier burden upon yourself.

“A Blue-Sky Day” – Every now and then we should take our head out of the specific day-to-day tasks that we have in our jobs, get away and focus on the big picture. When we’re stuck getting the orders of the day complete, we fail to look at big picture issues. Take a day out of the office, go to a park and think about the big picture.