Home» Blog » The Value of a “Million Dollar Idea”
Posted on October 22, 2014 by matt in Blog, Email Notifications, Entrepreneurship No Comments
Tweet 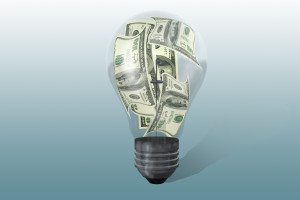 When I was eleven years old, I spent a lot of time playing Sim City 2000 and its sister games, such as SimTower, SimCopter and SimEarth. I even made a website called “SimWeb” hosted on GeoCities that had cheat codes, saved games and demo downloads for my favorite games.

One day, I had the idea that it would be really cool for Maxis (the maker of SimCity) to build a game called SimHuman that allowed you to live the life of a person, built a house, have a job, etc. I thought it was such a good idea, that I even emailed the game idea to Maxis. Five years later, Maxis and Electronic Arts launched The Sims franchise and went on to sell 175 million copies. I had the same great idea that the game designers at Maxis had. They made billions of dollars in revenue from one of the most successful game franchises in history and I made nothing. The difference between Maxis and eleven-year old Matthew Paulson? Maxis executed on the idea and turned it into reality.

This story illustrates a lesson that every entrepreneur should understand:

A million dollar idea is worth zero dollars until it actually gets implemented.

The Value of an Idea

A lot of people believe they have the next million dollar product idea. They think that if they could just get their idea in front of the right person, they would be set for life. Someone else would do all of the work and they would get big royalty checks for being the person that came up with the idea. Unfortunately, that almost never happens. Unless you are able to develop a truly remarkable business or product idea, get it patented and find a company that wants to execute on your idea, it’s extremely unlikely that anyone is going to pay you for your idea.

Companies are hesitant to pay anyone for ideas because ideas in and of themselves do not generate any economic value (even good ideas). Economic value is only created when someone takes an idea and implements it in such a way that other people find valuable enough to pay for it. Think you’ve come up with an idea a better mousetrap? Your neighbor with mice in his or her basement probably isn’t going to pay you for the idea, but he or she might pay you for the actual mouse traps after you’ve proven out your idea and manufactured them.

What To Do With Your Million Dollar Idea