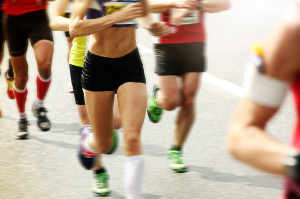 If you have never built a successful business, you might think the dream of building a profitable company is something that you won’t ever be able to achieve. If you’ve tried to start a business that didn’t work out, you might think you just don’t have what it takes to build a profitable business. You might look at a successful entrepreneur and think that they can be successful at anything they put their mind to. They have the Midas touch and don’t have to deal with failure, right?

Successful entrepreneurs usually have several failed businesses on their resume, but they rarely talk about or get asked about their past failures. It’s easy to think that they’ve never failed at anything, but every entrepreneur that has been in business for any length of time will face some form of failure. You are going to face failure at some point or another as an entrepreneur, it’s just a matter of how you’re going to react to that failure. You can admit defeat and give up your dream of owning your own company. Or, you can try to understand what caused you to fail then get back up and try again. In order to succeed over the long term, you have to have the endurance to push through and keep trying even after a major setback or the total failure of your current business.

It’s easy to look at the success that someone like me has and think “I could never get there.” While I run a handful of highly profitable companies now, you didn’t see me in 2006, 2007 and 2008 when I was first trying to build an Internet business. I tried to create a bunch of different websites and online businesses that just never got any traction. I tried to create an audiobook recommendation website that failed to get any attention. I tried to create a podcast directory that I never even finished building. I tried to create a network of personal finance blogs that that had some success, but failed following a series of changes to Google’s ranking algorithms. Eventually, I tried enough things that I had a decent idea of what would work and what wouldn’t work and was able to build a profitable business based on my experience.

It wasn’t until 2010 that my company generated enough revenue to provide me a salary similar to what I had been making at my day job. It took another full three years before people really started to take notice of the success I was having with my business. Now, seven years into the process, I’m finally an “overnight success”.

Your first real entrepreneurial success will likely come after a series of failures. When you’re first getting started building a business, you are going to have absolutely no idea what you’re doing (and that’s okay). Your first business will probably fail. Your second business might fail a little bit less. By the time you’re onto your third business, you might catch onto something that actually works. After you’ve been in business long enough, you will have identified a lot of things that don’t work and a handful of strategies that do work to build a successful business. Eventually, you’ll have a decent idea of what it actually takes to get a profitable company off the ground.

It takes a while to become successful in business. Entrepreneurship is a marathon. Becoming a successful entrepreneur and building a profitable company will require working on your business full time over the course of several years. Malcom Gladwell’s 10,000 hour rule is in full effect. In order to really know what you’re doing, you need to be work on your business for 10,000 hours. That’s working on your business full-time for five years. Don’t think that you can work on a business for a couple of months, take a break from it, and think you’ve really gotten anywhere.