I am going to try to get back in the habit of publishing quarterly updates about the various projects that I’m involved with. It can honestly be difficult for me to keep track of everything that I’m working on at any given time and these posts provide me the opportunity to think through each project and share some thoughts as well.

There have been some exciting developments with Startup Sioux Falls in the last few months. It continues to operate as a division of American Consumer News, LLC (MarketBeat’s parent company) rather than as part of Zeal or as a standalone non-profit. First, Startup Sioux Falls is starting to do in-person events. We had our September startup social which featured rapid-fire talks from various startup ecosystem organization. We are also co-hosting Innovation Expo next month and are helping plan Hey Sioux Falls. We have another event in December or January that’s in the early stages of planning. My hope is to do some kind of event every other month to create in-person networking opportunities for entrepreneurs and small business owners. 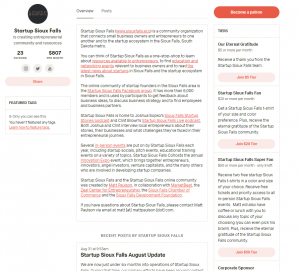 1 Million Cups continues to do its thing. Brienne Maner, executive director at Zeal, has come on board as one of our organizers and has brought some new energy to the event. We’ve got a full lineup for speakers for the fall and you can view upcoming dates on Facebook here.

I was also thrilled to be honored for my work in the small business and startup community at the YPN Crossroads Summit. I was selected as one of four inaugural recipients of its “4 Under 40 Award.” Helping small business owners can sometimes be a thankless task since many small businesses fail and it can take years for a startup company to significantly contribute to the local economy. So, it’s nice to be recognized for my work.

Falls Angel Fund wrapped up earlier this year, making its final two investments. We’ve been working over the summer to put together new capital and launch a second fund called Falls Angel Fund II. We heard our first pitch on September 12th and will probably be closing the fund to new investors by the end of the year. It’s important for early-stage funding sources like Falls Angel Fund to exist because there aren’t many sources of early-stage risk capital in the region. 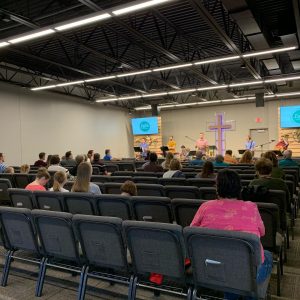 Our congregation on the west side has moved to two services as of the first week of September. We had an open house on September 5th that was reasonably well-attended and sent postcards to every home west of I-29 in Sioux Falls. We had approximately 170 people in attendance in the first week of having two services, which broke the previous record of about 150. We’re finding that there are a lot of people on the west side that want to be part of a church in their neighborhood.

Our biggest limitation right now is space. We have a 6,000 square foot building, which gives us sufficient room for a worship center, a nursery, and a children’s church room, but we don’t have room for an adult Sunday school, a kitchen or church offices. We have four years remaining on our lease, so we’ll have to start thinking about “what’s next” for our west-side congregation sometime in the next year. We could stay put in our current location, try to expand our current facility into the open ground next to our building, or look to buy land and build a building that we own. It’s too early to tell what direction we’ll end up, but I’m excited to see where God takes us. 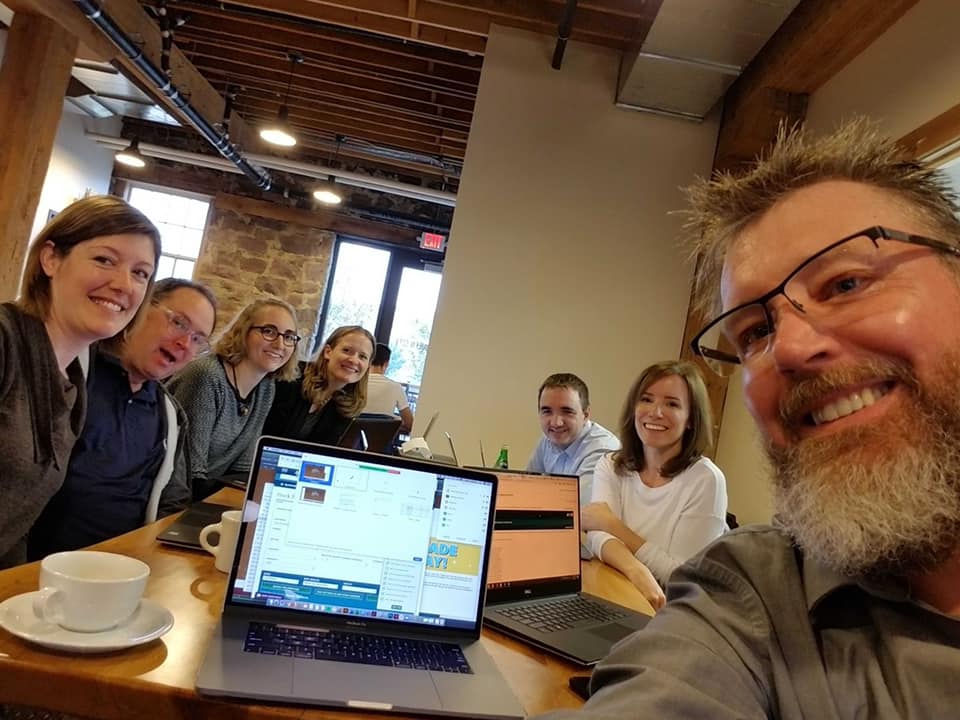 MarketBeat is sitting at about 1.2 million subscribers currently. We saw a significant slowdown across the board over the summer. I suspect the reason is that the market was “slow and steady” which meant investors felt free to spend time outside and play golf rather than monitoring their investments over the summer. We are seeing things starting to pick back up in September, but we haven’t hit the revenue and traffic highs that we hit this spring yet.

Our big project at MarketBeat right now is a website redesign. We tweaked our logo and changed our color scheme a month or two back and will be changing the header and footer of our website soon. We’ve also got a new homepage in the works and are going to be changing how some of the features on our website work on mobile for a better user experience overall. We’ve also been working diligently on search engine optimization and trying to attract more organic visitors to MarketBeat. We’ve always done a great job of getting people to visit our network of news sites from Bing, Google and the like, but MarketBeat could do much better ranking for important financial keywords like “Stock market news.”

Our family went to Sanibel Island (Florida), Las Vegas and Minneapolis over the summer. We didn’t make it to the Black Hills as I had hoped, but there’s always next summer. I’ll be heading back to Las Vegas in October for Rhodium Weekend and I will likely head up to Northern Minnesota in November for the Emerging Prairie Founder’s Retreat. After that, I don’t have any work travel planned until late march for the Traffic and Conversion Summit in San Diego. I may also go to Microconf next year since that’s close by in Minneapolis. 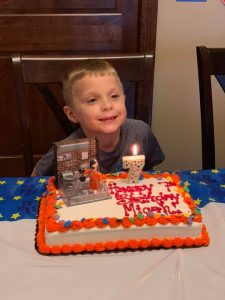 Micah’s now in first grade and recently celebrated his 7th birthday. This year’s birthday theme was Roblox. Micah aspires to be a professional game streamer and have his own YouTube channel, but he’s a bit young for that yet. Ady is consistently walking and making new strides every day. Last week she got her own snack out of the pantry and put her clothes in the washing machine. We hope and pray that she learns to talk and find her voice soon, but we will always love her for who she is regardless of how much progress she makes. Ady is also back at Early Childhood at Pettigrew Elementary, which she seems to be enjoying as well.

Back in May, Alex Jensen approached me and asked if I would help him with a city council campaign that he is considering. I agreed to serve as his campaign treasurer and there has been significant interest from members of the public on his campaign. We held a fundraiser on September 19th and fundraising is going very well. One of our goals of the campaign, should he formally commit to run, is to be able to reach every voter with Alex’s vision and message when election season starts in January. It’s not physically possible to visit all 100,000 registered voters in Sioux Falls during a 90-day campaign (although Alex will do plenty of shaking hands should he commit to run). We will probably get called the “big money” campaign by some, but it takes resources to get out your message out and we hope to raise enough resources to communicate with every voter in the city through one medium or another.

That’s about it for now!