It’s Christmas Eve as I publish this. MarketBeat’s work has largely wrapped up for the year. Our startup community events are on pause until mid-January. The never-ending buzz of social media has slowed to a crawl and my email inbox is surprisingly empty. Our kids are eagerly awaiting their Christmas presents and Micah is excited about having a week off from school. With the year winding down, I thought it would be a good time to write my final quarterly update of the year.

It can be somewhat difficult for me to keep track of everything that I’m involved in at any given time. People frequently ask me “What’s new?” and I sometimes don’t even remember what the most exciting thing that’s happened that is worth sharing. These posts provide me an opportunity to think through the things I’m involved in, share some thoughts and provide an update to those who follow my work as well.

1 Million Cups will enter its sixth year in March. It’s incredible that this event has continued for many years without skipping a beat. We are working on finalizing our Spring schedule and hope to announce that soon. We plan on continuing to hold the event at the Museum of Visual Materials and there will likely be an event every week from mid-January through the end of July.

Finally, we are doing a big event in January called Failure Fest. Failure Fest is a unique event that celebrates the entrepreneurial spirit and recognizes that trying and failing to do something important is better than never trying at all. Failure Fest is a free event that will be held at the Museum of Visual Materials (500 N. Main Ave, Sioux Falls, SD) on January 9th from 4:00 PM to 6:00 PM. Free appetizers will be provided, and a cash bar will be available. If you plan on attending, please RSVP on Eventbrite.

Falls Angel Fund II has launched and we’ve already had two meetings. I think we ended up raising $1.5 million for the second fund, which will allow us to write $100,000 to $150,000 checks into about 10 companies. We will be hearing another set of pitches in the month of January and we hope to make our first deal in the second fund early next year. Thankfully, John Henkhaus has volunteered to be the fund chair the second time around and Eric Weisser has agreed to be the vice-chair. I agreed to be in the number three position as the due diligence chair.

I had the opportunity to provide loans to two promising local small businesses this year. It’s been fun to watch them grow and expand over the course of the year. I made a significant investment in a private hospitality fund run by Bird Dog Equity Partners this year and have made some other smaller private equity investments as well. The most recent deal I’m working on is the purchase of an apartment complex on the west side of Sioux Falls with Kevin Tupy called West 26th Street Commons. I’ll be a minority owner in the project, but it will be a good opportunity to learn from someone with significant experience in the commercial real estate game.

I think I’m finally entering the “overnight success” phase of my career after having been in business for the last 13(!) years. I was recognized by both the Sioux Falls Young Professional’s Network (YPN) and Prairie Business Magazine on their “under 40” lists. MarketBeat also made the Inc. 5000 list for the fourth year in a row and also made the Entrepreneur 360 list. Hopefully, these awards mean I’m doing something right. 😊

Our small congregation on the west side of Sioux Falls continues to grow slowly and steadily. We launched the “west campus” of Faith Baptist Fellowship on September 5th, 2018 with about 50 members of our south campus making the move. We’ve been averaging an attendance of 170 people a week this fall and may have reached as many as 190 on a week. It does seem there are a lot of people on the west side of Sioux Falls that want to be part of a smaller church in their neighborhood.

Our biggest limitation continues to be space. We have a 6,000 square foot building and simply don’t have room to do Sunday School or offer Wednesday night services. We have formed a small committee of leaders to make recommendations to our Elder Board about what our options might be moving forward, which could include expanding our existing building or buying land and building a building that we own. Our committee has met twice and we are doing some congregational interviews to see what ministry passions lie within our congregation, but it will be exciting to see what God has for our congregation. 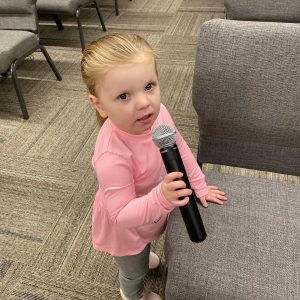 Our whole family has been active in the life of our church. Karine decorated the church for Christmas and has been helping out in the nursery. Micah will sometimes help hand out bulletins and be my “assistant usher.” Ady brings joy to everyone that sees her there. I frequently serve as an usher, do announcements, serve communion and whatever else they need me to do. Faith Baptist also voted me to be the church treasurer starting in 2020, so I’ll be spending more time signing checks and helping prepare the church budget as well.

Our two big projects for MarketBeat in 2019 were building out our team and redesigning the MarketBeat website. We brought on Will Bushee and Ryan Quam toward the end of 2018 and I hired Maureen Ohm to do customer support work and serve as my executive assistant over the summer. I’m coming to realize that my most scarce resource is time, not money. Having Maureen available to book my meetings, schedule my travel, run errands and help with Startup Sioux Falls has freed up quite a bit of my time and allowed me to “do more.”

We launched our big redesign for MarketBeat in September. I think it’s now one of the most modern-looking financial websites that exist online. We are now in the process of redesigning everything else to match the website (landing pages, newsletters, etc.). This project should finally wrap up by the end of Q1 this year, which will free up our front-end developer’s (Rebecca McKeever) time to start on a new project.

MarketBeat ended up growing about 22% this year. We were forecasting growth of 25-30%, but a slower than normal summer set us back a bit. We’re expecting to end the year at about $7.8 million in total revenue at a profit margin of approximately 65%. We currently have about 1.3 million email subscribers and have about 8 million people that visit our website each month.

To continue growing MarketBeat in 2020, I don’t think we can simply continue to do “more of the same.” As a business gets larger, it’s much more difficult to post double-digit revenue gains each year. Ultimately my goal is for MarketBeat to be a $10 million per year company that’s run by 10 people or less. To get there, we’re going to need to find some new audiences to target and identify new revenue streams. For the last three years we’ve simply been growing the revenue streams we already have. That won’t get us where we need to be to achieve our goal. One big focus for us early on in the year will be new native placements on the MarketBeat website, which will involve showing ads to existing subscribers where an email opt-in would show to a new website visistor. 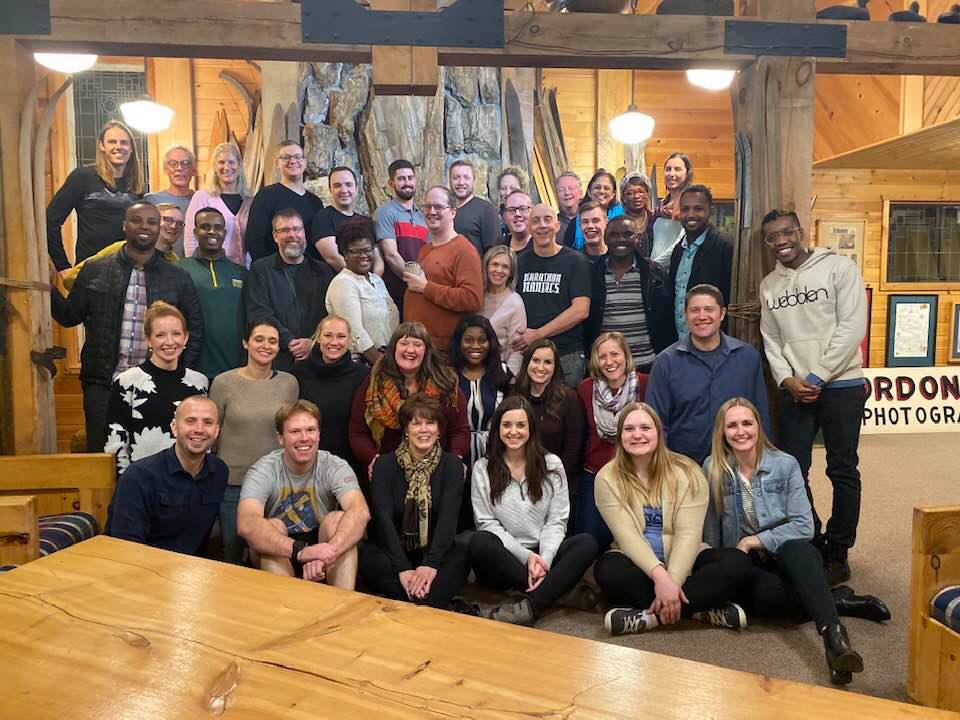 This fall, my wife and I traveled to Las Vegas in October for Rhodium Weekend. I was also able to head up to Northern Minnesota for the Emerging Prairie Founder’s retreat. My travel schedule this Spring will be rather subdued compared to previous years. Our team is heading to the Traffic and Conversion Summit in late March. I’m sending some of my team for Microconf next year and Financial Marketing Summit as well. My wife, kids and I will probably travel to Las Vegas over President’s Day Weekend. We haven’t scheduled any travel beyond that though.

It should be no surprise to anyone that I’ve gotten more interested in local politics in the last couple of years. I figured one of the best ways to learn more about local politics and elections was to get involved with a campaign. I’ve been helping Alex Jensen with his city council campaign and we had a launch event last month that had over fifty attendees. We’ve seen some good early support for the campaign, and I think many will be surprised at the traction we’ve had when campaign finance filings come out in January.

Earlier this year, I made a Facebook group called Sioux Falls Politics to encourage more people to participate in local government and give people an alternative to local political blogs that are filled with angry, anonymous commenters. Unfortunately, the angry and anonymous commenters found the Facebook group as well. I’ve been tweaking the rules to try to create a forum to allow people to discuss politics while encouraging people to be civil and respectful of those that hold different opinions from themselves. We have more than 1,000 local voters participating in the Facebook group and have had multiple elected officials participate in the group as well. I haven’t had to ban anyone yet and I’ll continue to tweak the rules until it becomes a place to have productive conversations about local issues.

I think that’s about it for now. Stay tuned for another update at the end of the first quarter.