Looking back at my most recent quarterly update, it’s amazing to see how much the world has changed in such a short period of time. A little over a month ago, we were attending church every Sunday morning and Wednesday night, our children were in school and we had a full travel schedule planned for the Spring and summer. Now, we spend almost all of our time at home. We find ourselves in a holding pattern until COVID-19 passes through our community. Much of our time is spent trying to navigate the new remote learning environment and trying to keep our now four-year-old entertained during the day.

While we are in unchartered territory, it’s not all bad news. I have a few notable and positive things that are worth sharing. So, I thought it would be a good time to write a quarterly update post. People frequently ask me “what’s new?” and these posts provide an opportunity to think through the things I’m involved in, share some thoughts and provide an update to those who follow my work as well. 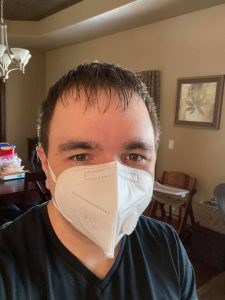 I recently conducted a poll on Facebook asking people if they had personal protective masks that they could use when they were out in the public. I was surprised to hear how few people had been able to procure facial masks to protect themselves from COVID-19. With the CDC now recommending people wear non-medical masks in public to slow the spread of COVID-19, I thought this might be an area where I can help. Initially, I made a bunch of sample orders for KN95 masks with various Chinese suppliers to see who would be able to deliver masks to South Dakota in a reasonable time. I found a supplier that was able to deliver KN95 masks to South Dakota with about an 8-day turnaround and made an initial order for 300 masks.

Since then, I’ve partnered with Juniper Apothecary (located at 8th and Railroad Center downtown) to distribute the initial batch of masks. We are selling them within 10% of cost and are not trying to make any money on this venture. Other places in Sioux Falls are selling these masks at $5.00-$6.00, and we’re making them available at $2.50 per mask. We sold 80 masks on the first day and have sold out of the first batch. We will ramp up marketing efforts when our second order of masks (2,500 units) comes in. If you are interested in getting KN95 masks for your family and live in Sioux Falls, you’ll be able to purchase them at Juniper Apothecary from 12:00 PM to 4:00 PM Tuesday through Saturday once our next batch of masks arrives.

While there’s no way to stop the virus from spreading until a vaccine is developed, there are many ways that we can slow down the spread of the virus to ensure our healthcare systems are not overloaded. Hopefully making these masks widely available in Sioux Falls will slow the rate that COVID-19 spreads in our community. 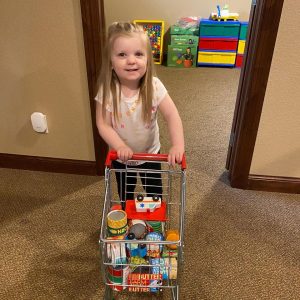 Our little girl Ady turned four yesterday. We had a birthday party for her with The Very Hungry Caterpillar as the theme. Unfortunately, we weren’t able to invite any family or friends to celebrate. Micah has been spending a lot of time on the iPad and playing with the neighbor kids next door. Karine has dusted off her teaching skills and Micah is assuredly receiving the best remote learning education a first grader could have. Most of my time is now spent either helping with the kids or working on MarketBeat.

The merger between Startup Sioux Falls and the Zeal Center for entrepreneurship officially wrapped up in January was we completed the combined website. The volunteer team of Startup Sioux Falls is working closely with the staff at the Zeal Center to plan both in-person and virtual events. We had a big event called Failure Fest in January that had more than 130 attendees and we recently held a virtual startup social that had approximately 75 attendees. We’ll be holding virtual events every few weeks for the foreseeable future to continue the mission of encouraging and educating entrepreneurs to take their next step toward business success and financial freedom.

1 Million Cups is now in its sixth year. Attendance was strong until mid-March, when we had to temporarily pause the event due to COVID-19. We started up 1 Million Cups as a virtual event using Zoom beginning in the first week of April. The virtual 1 Million Cups events have broadened our audience, allowing people that have children at home or live out of town to attend the event. We have no idea when we will be able to bring back 1 Million Cups as an in-person event, but the virtual events are a good substitute for the time being.

On the Zeal side, Peter Hauck was just hired as the new community manager for the organization. While he’s only been on the job a week, I’ve been impressed with the work that he’s done so far. Zeal is also in the process of bringing on a facility manager, which will free up the executive director (Brienne Maner) to focus on the organization’s mission.

Falls Angel Fund II launched last Fall and we have about $1.5 million raised for the second fund. Our fund has had four meetings, completed an investment in a company called Cytotheryx and is getting ready to make a second investment in another company pending due diligence. We are canceling our May meeting but are hopeful that we will be able to resume hearing pitches in July.

MarketBeat was recently included in a new ranking produced by Inc. Magazine. We had previously been on the Inc. 5000 list for the last four years and were featured as one of the 250 fastest-growing companies in the Midwest as part of its “Inc. 5000 Series: Midwest” list.

Our small congregation on the west side of Sioux Falls had some pretty strong momentum this Spring. We’ve had attendance numbers that averaged 150-175 per week and I feel like a lot of people are calling Faith Baptist West their home church. We’ve had new people volunteer and things seemed to be firing on all cylinders, until we started having to do church “online only” for the last few weeks. Thankfully, our congregation seems to be engaging well with our church’s online services and our giving numbers have been surprisingly stable so far.

We’ve had a few interesting developments at MarketBeat in the last few months that are worth sharing. First, we’ve hired Dave Parkinson out of Salt Lake City. I’ve been doing business with Dave off and on over the last five years and we’ve decided it’s time to work more closely. Dave has one of the most brilliant minds I’ve ever come across when it comes to marketing, sales, business development and conversion optimization. He has the title of Chief Strategy Officer and has already created a ton of value for the company. 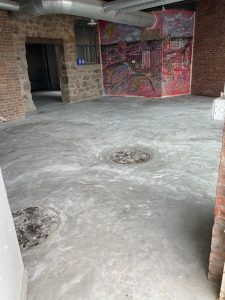 The other big development is that we are in the process of building out an office in the Crane building on 8th Street in downtown Sioux Falls. We like the area due to its proximity to Queen City Bakery, 8th and Railroad and the coming Eastbank Depot and Cherapa II projects. The space we selected needed quite a bit of love, so we are doing a complete demo and renovation of the office. We hope to be able to move into the space in late May or early June (social distancing measures not withstanding). There will be a lot of fun elements to our office, including a mural from Zach Deboer, a high-end espresso machine, custom-made wood tables, a neon sign and personalized manhole covers (you’ll have to see on that one!).

COVID-19 hasn’t had a dramatic negative impact on MarketBeat. While March 2020 revenue was down from 2019 revenue by about 25%, it has largely been business as usual. We did have a few subscribers cancel because they were getting out of the market and a couple of advertisers did not renew in April. We’ve had a significant increase in email opt-ins due to more people searching for information about the stock market. If this becomes a protracted recession (or even a depression), things could get hairy a few months from now. Thankfully, our company is in a strong financial position to weather the storm.

One bright spot for the company has been the introduction of native text ads on our website. We built our own ad-server and have replaced the AdSense units on our website with ads that are sold through our agency partner, Investing Media Solutions. This has led to a nice increase in our display advertising revenue, even though other aspects of the business have been a bit sluggish.

I’ve been helping my friend Alex Jensen run for city council for the last several months. The election was supposed to be yesterday, but it was delayed due to COVID-19. We are anticipating that the Sioux Falls city council election will be held along with the June primary, but even that date could be delayed depending how COVID-19 passes through our state. It’s obviously made things difficult for all of the local campaigns, which now have to campaign for an additional two months. Thankfully, we’ve realized this was a possibility and have planned accordingly.