Over the last couple of months, I have had the opportunity to start wrapping up some long-term projects and “clear the plate” to make room for some new adventures in my life. Many people, including myself, have the bad habit of continuing to do things long after they have finished serving their purpose simply because of momentum. I have recognized there were a few of those things in my life and have started to let some of them go. We are also in the full swing of summer, which means less time at the office, more time outside and much more time with our kids on a day-to-day basis.

The third quarter has officially begun, so I thought it would be a good time to write a new quarterly update post. I frequently get asked, “What’s new?” and this series provides an opportunity to think through the various things that I’m involved in, share some thoughts and provide an update to those that follow my work. 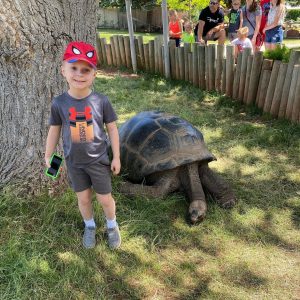 While COVID-19 has shuttered community swimming pools, sports and other activities that might fill kids’ time during the summer, Micah and Ady have had a great time playing with kids in the neighborhood. Micah is basically best friends with a boy named Thadden that lives next door. Micah and I recently took a trip to the Black Hills. It was busy, but not packed. It was Micah’s first trip to the Black Hills. He said it was “the best trip ever.” Ady is as happy and content as ever. She was able to spend some time at her grandma’s this summer and she continues to do speech and physical therapy three days each week. Karine is doing well but she is starting to feel the strain of an extended summer and not having much of a break from the kids. 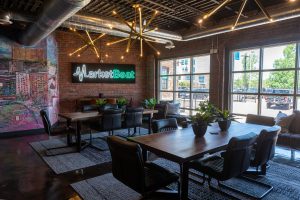 We finally got an office. We signed a lease for MarketBeat’s office in February and construction began in March. We were finally able to start using it just after Memorial Day weekend. We have always been a “remote first” team, meaning that our employees can work wherever they choose. Most of our team works at the office on certain days and at home on other days. I would like to say there was some grand plan behind our office, but the reality is it was just time to stop borrowing other people’s spaces and have our own.

Business has been good for us throughout COVID-19. Online news sites, including MarketBeat, saw a big bump of traffic starting in March and April. It appears that we have hit a new monthly plateau of about 15 million monthly pageviews (compared to an average of 5 million per month in 2019). It has taken some infrastructure improvements to deal with this level of growth and we will be looking to hire another person for our customer success team in the next month (email me if interested).

We have some good growth opportunities for the rest of this year, and we are on track to surpass $10 million in revenue in 2020. One of my historical goals was to build a company that generates eight figures in annual revenue with ten people or fewer, and it appears we may hit that goal this year.

We have been having “in-person” church again since Memorial Day weekend. Attendance numbers are not quite what they were pre-COVID (approximately 110 per week, compared to 170 per week previously), but that’s not especially surprising. We continue to have a great stable of volunteers that make our Sunday service happen every week. Our church is also in a strong financial position despite COVID-19. We continue to think about what our future on the west-side looks like and have some ideas on a possible direction, but there is nothing to announce at this point.

There is unfortunately not much of an update regarding the Zeal Center, Startup Sioux Falls, and 1 Million Cups. So much of what happens with the startup community is event-based and those are pretty much on pause. We did do some virtual events this Spring, but we stopped for the summer because we felt like most people have “Zoom fatigue” from attending too many virtual events. 1 Million Cups is on hiatus during the months of July and August. We hope to start up again in person in the fall, but those plans have not been finalized yet. There have been some great operational improvements recently at Zeal in terms of technology, processes, and procedures. I continue to be impressed by the work of Zeal’s staff and their pursuit of operational excellence.

Falls Angel Fund II launched last fall. We raised $1.5 million for the second fund and made an investment in a company called Omnia Fishing. We cancelled our May meeting, but plan on meeting in mid-July to evaluate two possible investments. 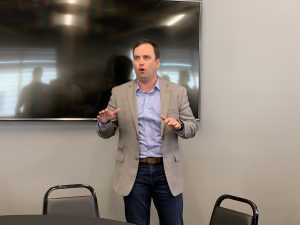 For the last fourteen months, I had been helping Alex Jensen run for the at large city council seat. The election was on June 2nd, and Alex narrowly defeated his opponent. There was a recount requested, and Alex still had the most votes after the recount. The election results will be re-certified at an upcoming council meeting, and he should start his new role in mid-July. It was interesting and informative to be deeply involved in a political campaign. I shared some thoughts about the campaign in depth here. I do not have any immediate plans to jump into volunteering for another race in the November election, but could be persuaded to if I found a candidate that I really want to help.

We sold out of our final order of masks a couple of weeks ago. Now that Target and other retailers are carrying masks locally and masks are easily orderable online from sites like safetylifestore.com, we felt that our work was finished. We sold a total of 35,000 masks and generated more than $100,000 in revenue. Juniper Apothecary came out ahead a bit on the masks, and I basically broke even. Frankly, it was a huge effort to distribute that many masks to Sioux Falls community. It was a good project and provided a lot of people with helpful personal-protective equipment, but I am glad that the project has wrapped up and I can focus on some other things now.

Winding down my involvement with two companies

I will be winding down my involvement with two companies during the rest of the year. The first is Seeds of Harvest Investment Group, LLC, which was a small real estate investment club that some friends and I started about ten years ago. We only ever bought one property and plan on selling it when our current tenants move out. We had good intentions, but it is just hard to make any serious investments when you have to get seven busy guys to agree to move forward on a project.

The second project that I’ll be wrapping up is GoGo Photo Contest (SJM Fundraising, LLC), which is an online fundraising platform that I founded with Jason and Stevie Shea. The company has had a great run during the last seven years, helping animal shelters raise a total of more than $15 million. However, I have not been involved in the day-to-day operations for several years. I’m selling my stake to Jason and Stevie at the end of the year, which will allow them to reap the full benefits of running their company. 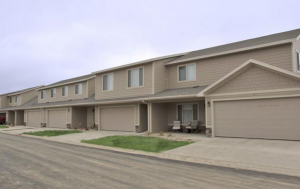 For the last couple of years, I have known that I’ve needed to invest more in real estate because it’s a great investment and has great tax benefits for high net worth individuals. While there are plenty of real estate development projects any accredited investor in Sioux Falls can put money into, they often come with complex terms, hefty development fees and multiple share classes that primarily benefit the people putting the deal together. These are not necessarily bad deals, but none of them felt quite right to me.

Thankfully, Kevin Tupy, Rocky Rehfeldt, and I have developed a partnership to purchase apartment complexes and mixed-use buildings in Sioux Falls. We currently own two apartment complexes totaling 135 units together. We are getting ready to potentially purchase a larger apartment complex that has 189 units in the next couple of months. Ultimately, the goal will be to own a portfolio of 1,000 or more units in Sioux Falls that could be sold to a public real estate investment trust (REIT) or another large firm at a lower cap rate than we purchased them for. I’m very appreciative to Kevin Tupy for inviting me to invest in real estate with him, and I just can’t say enough nice things about him.